This morning, during what seemed like it was just going to be a routine diaper change, darling son of mine unleashed an event that shall forever be known as the Poopocalypse. Now, I’ve hunted for poopapotamus in the suburbs around Poopopolis before, and I’ve read many times a passage of Dickens calling for decreasing the surplus poopulation, but this was a real game of poop goes the weasel. I’ll admit to having barely hung on to my own breakfast during this one, it was such a mess.

And now the pictures! (But not of that.) Let us speak no more of the Poopocalypse. 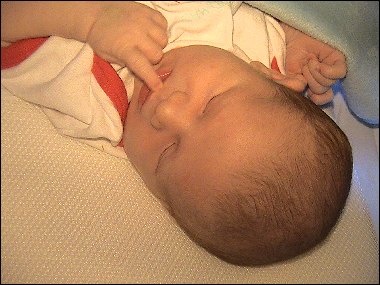 Ssssshhhhh. I’ve gotta sleep after particle-accelerating my diarrhea so that it could break the speed of light and shoot it across the room right at daddy. 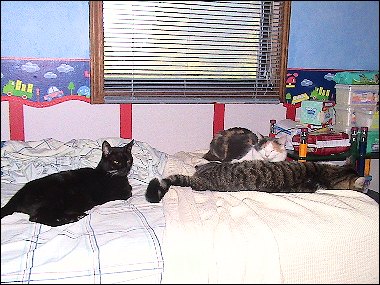 Evan’s fan club keeps a watchful eye on him from across the nurs…hey. Watchful eye. Look lively! Or at least try to fake it more convincingly. I’m gonna start revoking membership cards. 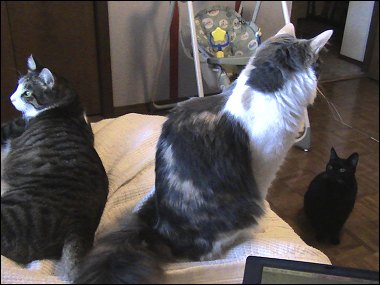 That’s more like it. Well, aside from two out of the three now looking out the window. 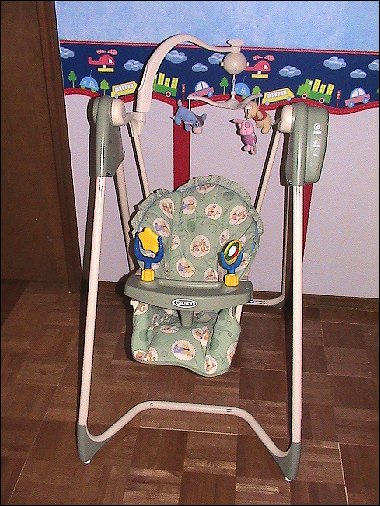 Evan’s dandy swing is cleaned up and ready to go. Daddy did a lot of work to get this one ready… 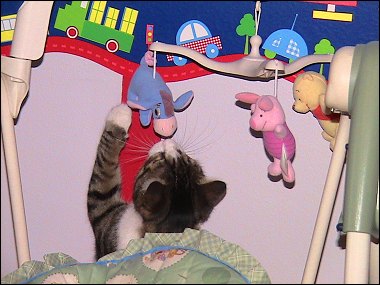 …and Oberon’s doing some quality assurance testing. Piglet and Pooh look on with disturbingly serene smiles as a giant cat terrorizes Eeyore. God, no wonder Eeyore’s so depressed. 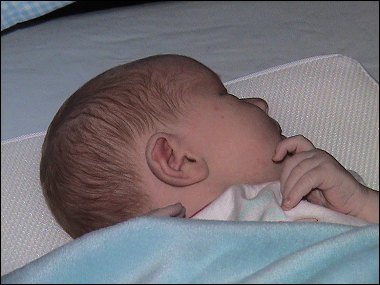 Here are some pictures taken while still at the hospital a week ago: 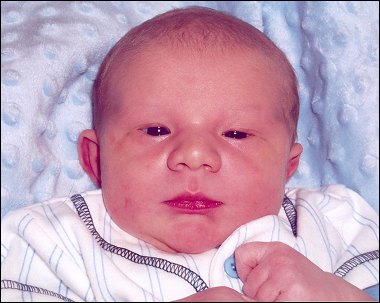 What’s really amazing about this picture is how much Evan, at a day or two old, looks like my dad. 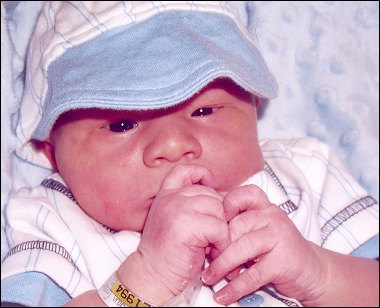 The little fishing hat makes the similarity even stronger. 😆 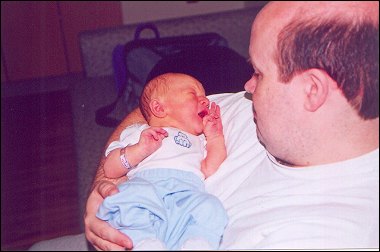 OK. I’m getting the fussy face. What key combo do I use to change this? 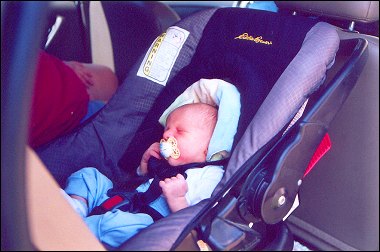 Ready for the ride home.

It’s now been one week since we brought Evan home, and despite calamities such as the Poopocalypse, his mere presence changes everything. And I can’t believe how much he’s grown in that week. Every time I look at him, I find myself thinking that the next time I look at him, he’ll be different, and I’ll never see him again the way that I’m seeing him now. I can’t decide if that train of thought is making me sentimental or just barking mad.

This daddy gig is really, really neat. I love it.