As flip as the title sounds, it’s no laughing matter – both of the dogs have been missing for over 36 hours. The last time I saw them was before taking their late meal out to them on Saturday night; they evidently showed up at some point after that to eat, because their bowls were empty by morning, but I have no idea when that was – or where they went after that. 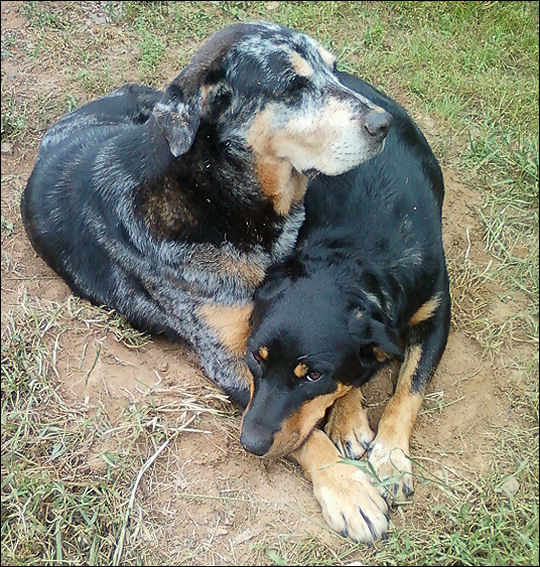 We’ve driven around, I’ve walked the property (and got eaten alive and followed around by a friendly brown horse while I was out there), I’ve walked up and down the street looking for any sign of them – even any sign that maybe they were both hit by the same vehicle or something like that. All trace of them has simply vanished. Their food from Sunday morning is still in their dog food bowls, untouched.

I can think of a lot of scenarios that would keep both of them from coming home. Very few of those scenarios end well for them. I’m worried sick to the point that I’ve unintentionally skipped meals (while cooking for everyone else in the house, no less – that’s quite a trick).

Come home soon, megamutts… we need to talk about curfew.