So mom wants to rest, and the boy wants to play… and dad wouldn’t mind getting out of the house for a bit and blow stuff up. Sounds like this is a fever that calls out for less cowbell and more arcade. 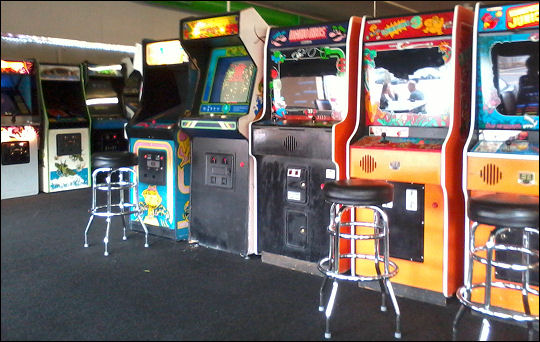 Arkadia Retrocade seems to have grown by leaps and bounds every time we visit. I sometimes wonder if it isn’t so full-to-bursting that it isn’t going to assimilate the rest of Evelyn Hills, like the Borg but with more Z80 chips. (I wouldn’t object.) The latest new addition: the “riser” is filling up with games and now had safety rails. (Which the boy proceeded to duck under like they weren’t even there.) 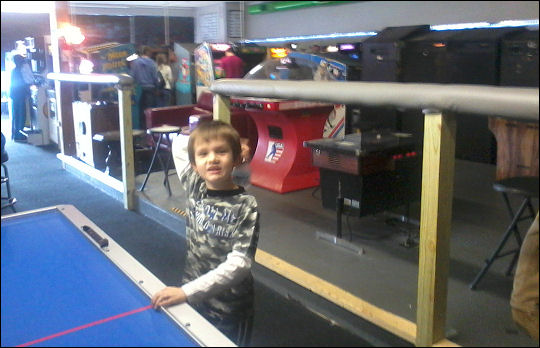 Sitting on that riser? A fairly rare Star Castle cocktail. Sadly, I was unable to convince Little E of the greateness of this game. 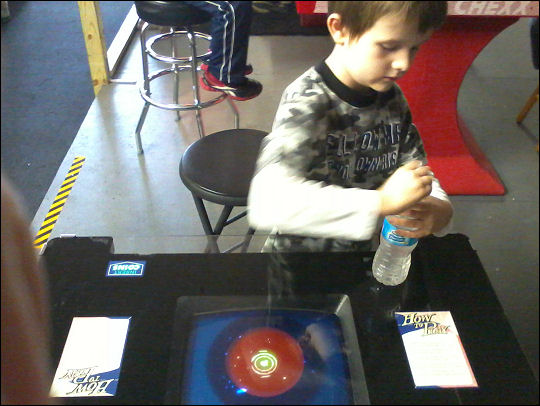 Here was a game that I have never played before. I’ve never seen it in an arcade, and never even played in MAME because I hadn’t heard of it. And so help me, it’s really addictive. 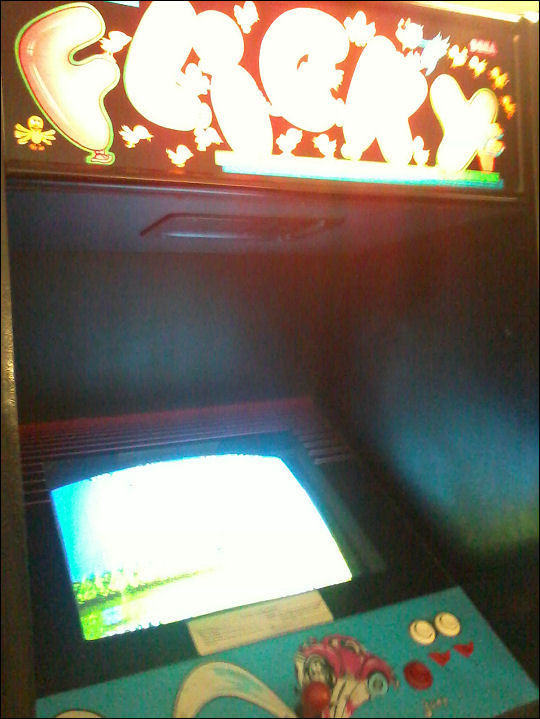 The boy says he’s learning how to drive. The ambulance that nailed him from behind begs to differ. 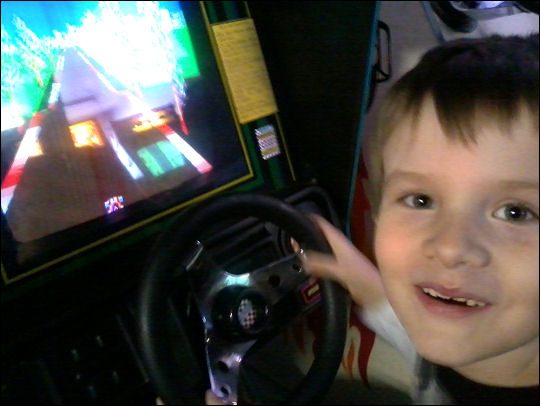 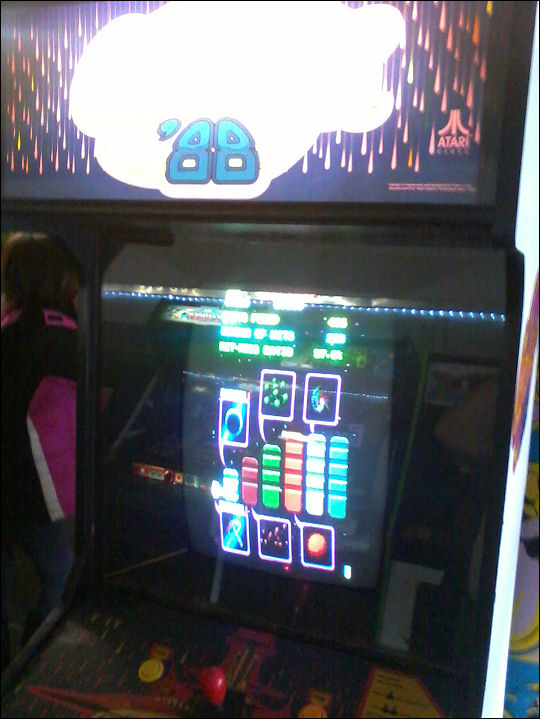 You can also play board games at one of the tables – the board game larder is very well stocked. Little E’s favorites are Battleship… 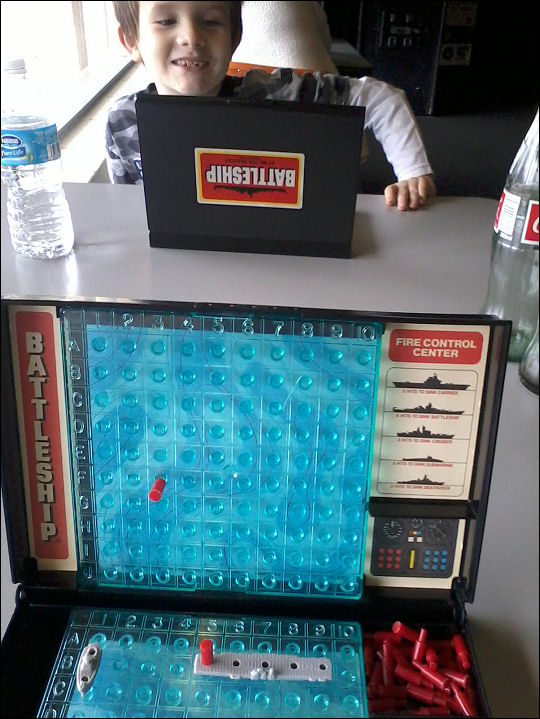 …and Donkey Kong Jenga, even though he was just doing his own thing building a tower rather than playing the game here. 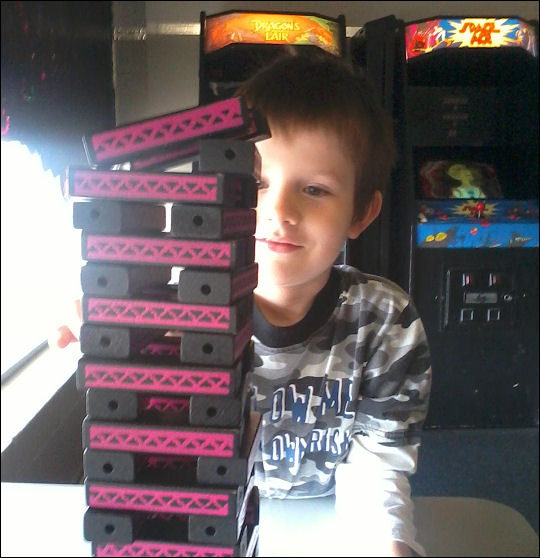 He decided he was going to try Dragon’s Lair again… 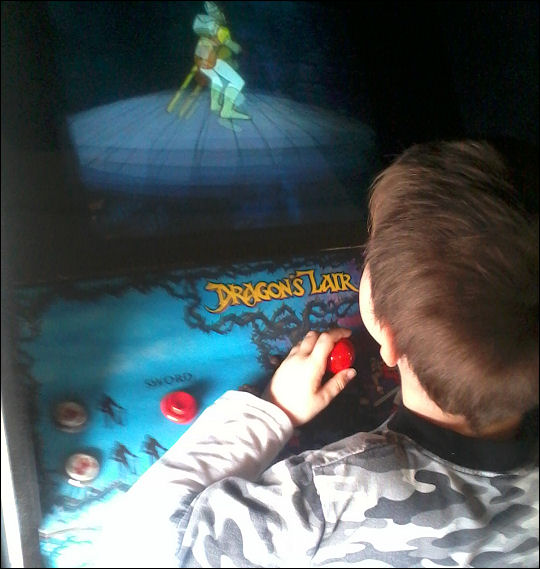 …before moving on to school everyone at Kirby 64: Crystal Shards. 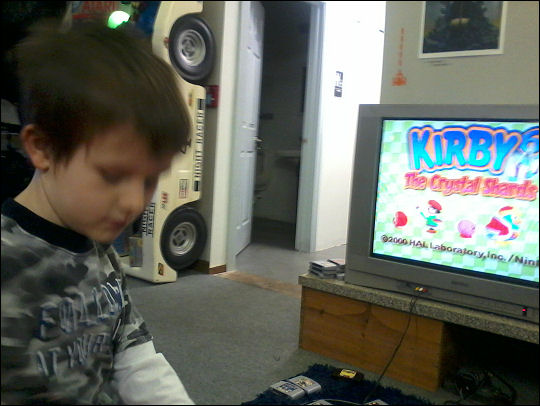 We spent some quality time with the Odyssey2, hooting and laughing at the great space crab in Alien Invaders Plus. My mom used to love this game, and it’s funny that Little E likes the same thing about it that she always did: even when you lose your last cannon, you can drag things out and try to evade the space crab for as long as possible. It’s almost like its own minigame. His grandmother would be proud. 😆 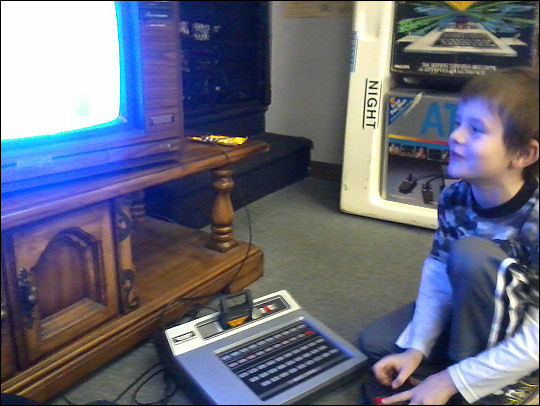 Things like this are just left out for you to play in this place. Do you see why I love it here so much? 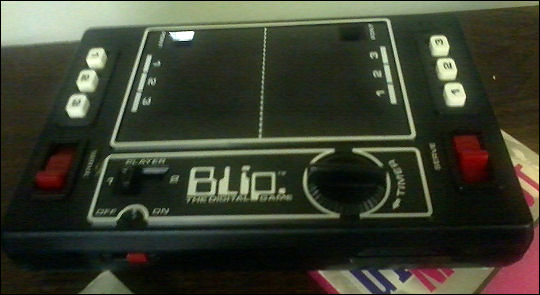 And then there’s this big beautiful thing, though the “puck” was stuck and we couldn’t play it! 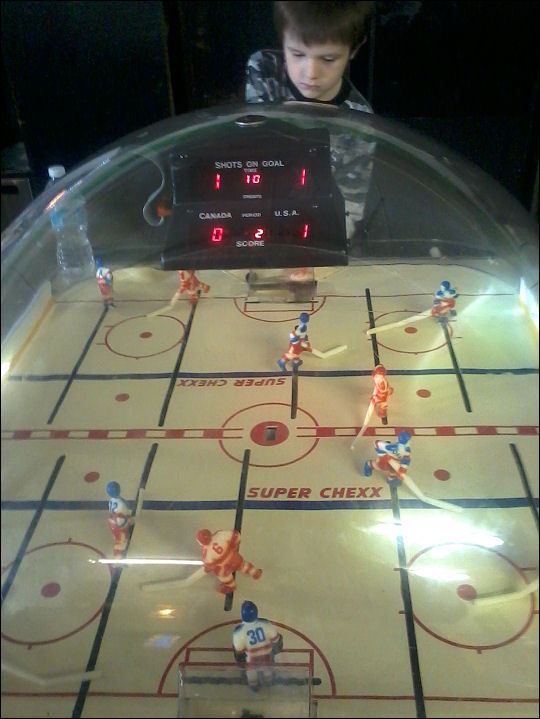 Sadly, the little guy got a bit too excited and took to running around the place full tilt… until he almost collided with someone and twisted his angle trying to make a mid-course correction. In these cases, I wipe away the tears, rub the ankle… and tell him that was a really ridiculous thing to do, running around in an enclosed space like that, and maybe he should strongly consider not doing it again. Where better to convalesce than the Atari Couch, which is impossible to sit up straight in? Seriously. Trying to resist the slouch is futile. This couch just eats you. 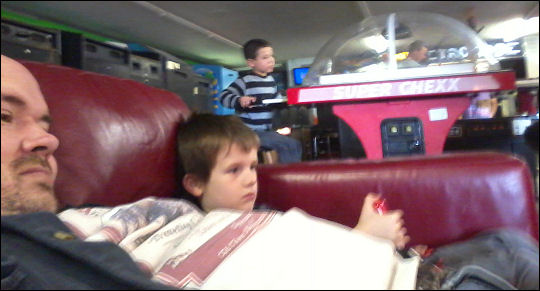 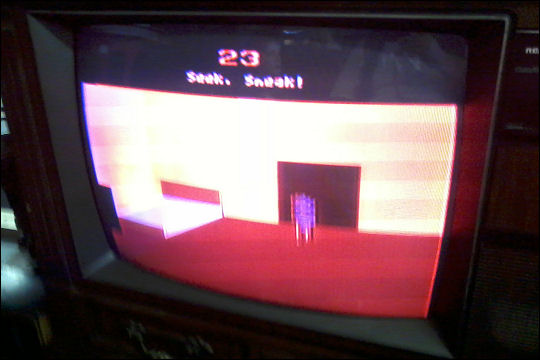 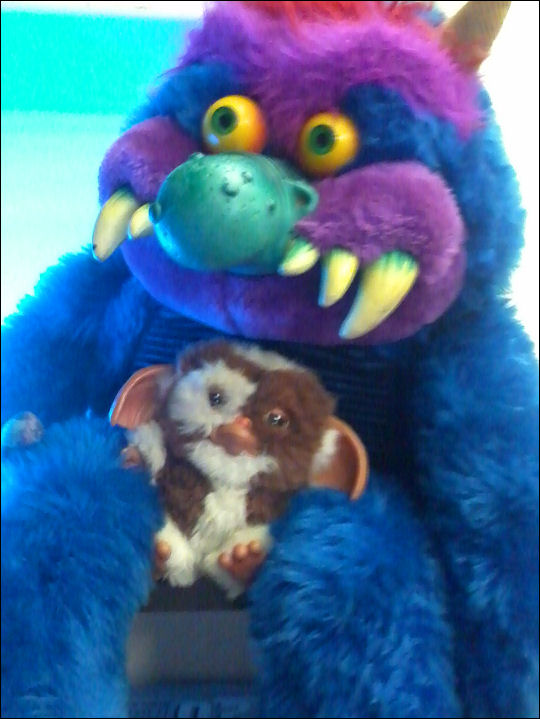 I don’t mind telling you that there was quite a bit of this going on today. Crazy Climber, Mr. Do, Kangaroo, Flicky, Pengo… they were all wearing the ol’ PDF by the time we left. 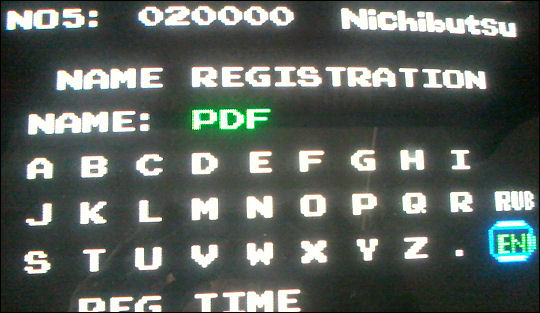 This place just gets me. 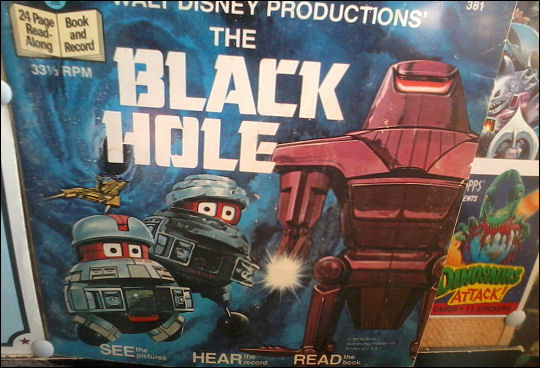 We’ll be back again as soon as we can!