Weather in a broadcast venue has always completely fascinated me. How the hell do these guys know this stuff? Of course, now I know: the nice government-employed meteorologists at the National Weather Service do most of the legwork for them. The TV guys said it with personality. Or at least that’s what it says on the job description when you sign on the dotted line.

In past entries – way past, actually, I had to go digging for them and half wondered if I hadn’t hallucinated about blogging them to begin with (hallucinating about talking to yourself on a computer? they’re gonna cart me away for that one.) – I’ve mentioned how old-school weather warnings used to literally make me piss my pants. This got to be such a problem that it led to my first-ever visit to a TV station: my mom called up someone at KFSM and asked if I could sit in, in the studio, as Mr. John Chandler did the weather. The Mr. John Chandler. If you grew up in Fort Smith in the ’70s, you know this was a big deal, and why the gentleman had “Mr.” in front of his name. He was a true class act, always laid back, sort of like everybody’s favorite grandfather who kindly let you know if death was about to drop in from directly above.

I think I was five or six, and man, was I fascinated by this being-at-a-TV-station thing (why didn’t I break myself of that while still in the single digits?), and by weather in particular.

I think I was in my 20s when I found myself routinely producing the weathercast at the local Fox station. “Producing? A weathercast?” I hear you chuckling, as you think “Wow, Earl’s really trying to pad the ol’ resume on this one.” Our station had no news, but only did a sponsored weathercast at nine o’ clock at night, wedged in between the last Fox show of the evening and before In The Heat Of The Night reruns began (if nothing else, it helped to buffer the whiplash-inducing gearshift between the two). Our weather guy had started as a fellow board op, but he’d been on-air doing military broadcasting, and was keen to get something up and running to give our little Fox station some Local Presence. Sales sold spots to run in a one-minute break in the middle of the mini-weather-cut-in, so it managed to almostkindasorta pay for itself.

In what was an incredible rarity for this station, new equipment was purchased to produce this weathercast. That may sound routine in this day and age, but we’re talking about a station that still had on hand an open-reel two-inch videotape deck. Think of any old sci-fi flick that had an endlessly-running open-reel tape machine in the background, signifying Expensive High Technology. Two-inch decks went out with Pac-Man Fever. We still had one. The fact that completely new gear was bought was simply astonishing in that context.

graphics PC that automagically ingested no-frills NEXRAD radar data from a subscription service (think of a Baron system, but minus the “endless scalable options for showing anything remotely useful or interesting” part), and a farm data agricultural info terminal that happened to ingest forecasts from the Weather Service. It would ding if there was a watch or warning. Yes. In a room where you were already monitoring audio from a broadcast station at a pretty decent volume, it would ding! Once! It was the machine that goes ping. The PC also had the ability to do chromakey much, much better than, well, anything else in the building. Actually, I think the difference between it and anything else in the building was that it could, in fact, handle chromakey.

Terrifyingly true total tangent for a moment: during the launch phase of our processed weather product (similar to a processed cheese product), there seemed to be a misunderstanding on the part of a member of the station brass about what kind of radar data we had access to. “Rexnad?” she said in a meeting. “Could we call him Rex and have someone do a voice so he can talk on the air?” We all just kind of stared and then moved on with our lives as if nothing non-vacuous had just been said, when in fact we had to bite our tongues in half to keep from busting out laughing about tonight’s forecast being brought to you by Rex’s nads.

I became the de facto producer of the processed weather product for two reasons: I became one with the new graphics system and bent it to my will, and our weather guy was taking night classes so he wouldn’t have to be the five-minute weather guy on the last-rated

station in the market for his whole life. This meant he raced in minutes before air and I had his whole show ready for him. Nice work if you can find it, huh?

I will say this, though: I have worked with this person twice – the first time for this weather gig, and then many years later at another station in sales. He’s a standup guy, and one of my favorite folks in the business locally. When we had bad weather hammering us, he’d stick around the station to do the cut-ins well into the wee hours of the morning, even though he was already wiped out from the combination of classes and a little bit of work. I will give him credit for that much. On the worst nights, and locals will know what I mean, where Mother Nature seems determined to be a bitch and throws a tantrum that lasts 8-10 hours, he’d crash on the couch in the lobby and I’d wake him up for any new cut-ins, or every half hour if we just needed to do a “refresher” cut-in. One time I had to go shake him awake and, a bit punch-drunk and exhausted myself, I said “Hey, get out there. New tornado warning. POOSH-ma-taha County.” And, being the near-zombie that he was by that point, he straightened his tie, got in front of the blue wall, looked into the camera with a grave expression… and said exactly what I’d just said, exactly how I’d said it. 😆

This was turning into quite a tour of duty for him, so it was no surprise when he quietly started shopping the idea of a just-after-prime-time five-minute weathercast (starring himself) to the only other station in the market that didn’t have a newscast, the NBC affiliate. They bought his pitch, duplicated our equipment setup exactly, and he gave his notice at our station. In retrospect, I don’t blame him a bit. But as it was at the time, the mood was foul. He was part of our team, and we had a pretty solid, stable team at the time, as much as you could have with folks like Rush on the board. We hated his guts. And he would pay dearly. Oh, how he would pay.

Here’s the setup. On his last night on the air, his last night at our station, we were training a new board op. She seemed to be having trouble grasping the whole concept of… well… being a board op. It’s not a job everybody can do. I don’t begrudge anyone who can’t do it for not being able to do it, so long as management acts quickly on that realization instead of giving them 43,000 “one more chances”. Our meteorological hero was really nervous that she was running the board for his weathercast tonight, instead of me doing that and running his graphics and his show at the same time.

He needn’t have worried about her.

Our chief engineer, who I’ve mentioned in the past had just a wee bit of a pervy streak, had this guy’s number. The studio setup was simple and embarrassingly cheap: blue wall, lights, camera, and three TV screens. The two screens to the left and right of the blue wall showed what the camera saw at all times; this allows the talent to be able to see what he’s pointing at without making it obvious that he’s trying desperately to point at the correct part of whatever’s chromakeyed in behind him.

The TV next to the camera was an air monitor: this was his cue to start talking about the weather again when we came back from break. It was this monitor which was the engineer’s vector of attack.

Our engineer rigged an A/B switch in the control room to the TV next to the studio camera. He could now switch what that screen was showing and there would be nothing the talent could do about it. And of course, given who we’re talking about, he naturally had a VHS VCR hooked up to the “B” channel of that switch, and had a tape full of porn cued up. There was absolutely no way this could go out over the air – it was on a closed loop to a single monitor that wasn’t in any camera shot – but the point is that our weatherman didn’t know this setup was in place. After all… he’d just gotten there a little bit before the show, remember?

The first segment of the weathercast went off without a hitch. An old pro to the end. Our new girl ran the commercial break rather efficiently; maybe there was hope for her after all.

When we came out of the break, the engineer had his VCR rolling and hit the A/B switch. The viewers saw our weatherman appear again as normal, but looking slightly alarmed and distracted.

“And for tomorrow’s… forecast… gguuhhhhh… it’s gonna be…”

He cracked a smile. He knew there was no way we’d let… well, that, go over the air for that long without just pulling the plug or going to black. He’d been had. Big time. Nice recovery though.

I stress the last part because he was able to roll with it more gracefully than I could have. How do I know? Because I was one of the people who was now in consideration to replace him as on-air talent.

« Down in front!!
On the next exciting episode of CSI: Dean Springs… » 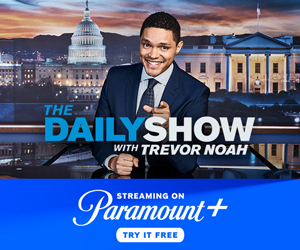