Alas, poor Xena. She’s getting up there in years; make that dog years and she’s really getting up there. She’s served us well as a guard dog and faithful friend. And she’s not going anywhere, except her doghouse here of late. Therein lies the problem: she’s pretty much retired herself from being a terribly effective guard dog. A few token alarm barks and back into her doghouse with what I can only imagine amounts to the dog version of “ah, screw it.” So we need a guard dog to take over from her and learn from her. Enter… Gabby. 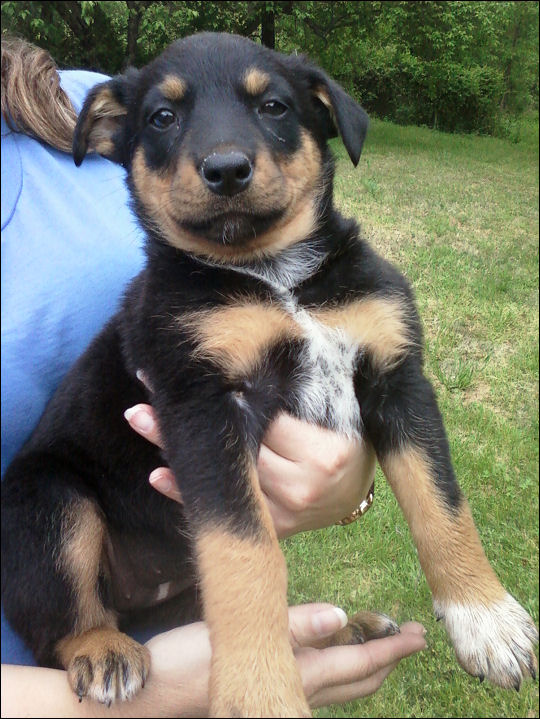 My wife picked Gabby out of a litter of Rottweiler pups; she’s part Rottie, part Blue Heeler, and, at the moment, she’s all adorably cute.

In just a few months she’ll be as big as Xena. 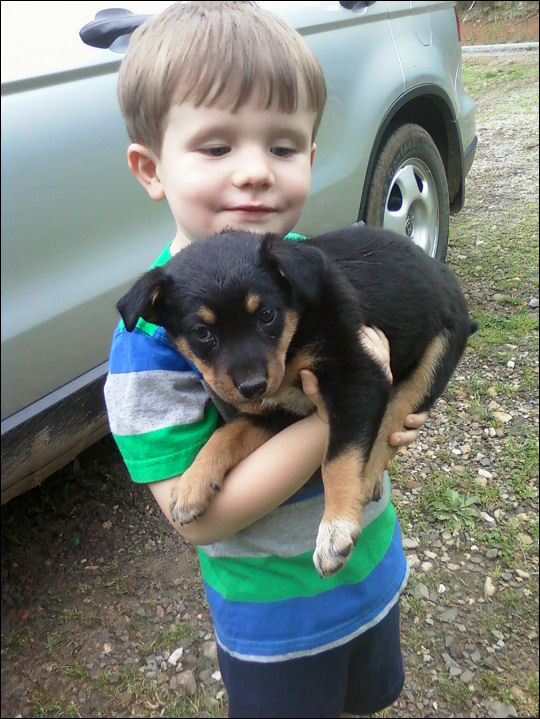 Naturally, little E has latched on to Gabby like nobody’s business – to the point that Oberon is showing distinct, open signs of jealousy. (Maybe if Mr. Oberon didn’t have a tendency to seem to try to run away at every opportunity, or engage in self-destructive behavior like consuming something during one of his expeditions to the great outdoors that left him unable to keep food or water down for a week and cost us a couple hundred bucks at the vet, the boy wouldn’t even be entertaining the notion of latching onto a new friend. Just sayin’.) 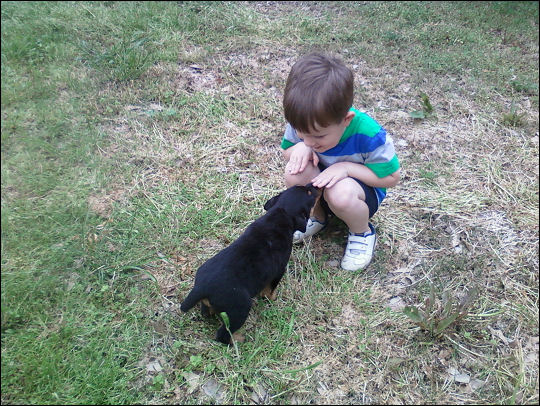 Gabby’s going to be a big dog. For now, Gabby likes to gnaw on her rope toy, on my ankles and toes, and on little E’s shoes… while he’s still wearing them. I’m hoping that we can get out socializing-with-people-and-kitties training in before G-Dawg’s Rottweiler instincts completely take over. 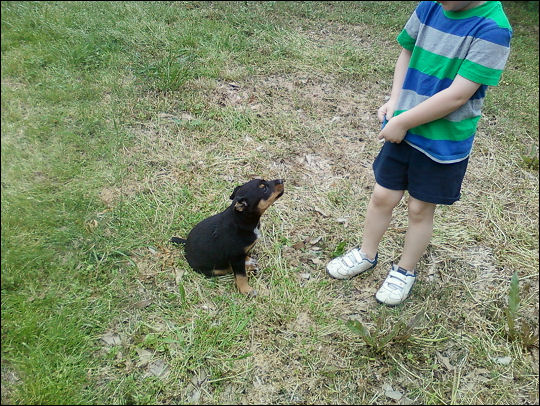 In the meantime, here’s the halftime score:

We’re not exactly the Duggars, but we could probably go ahead and start building an ark at this rate. Tensions are kind of high among the four-legs in the house; this is the second time in as many months that we’ve had an unexpected new addition. Everyone’ll get used to everyone else. Eventually. Maybe. 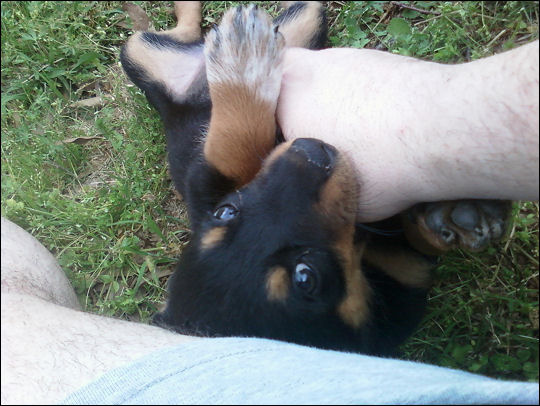 Welcome aboard, Gabs. Here’s hoping you like having Portia hanging from your wagging tail. Let me tell you, Xena loves it.