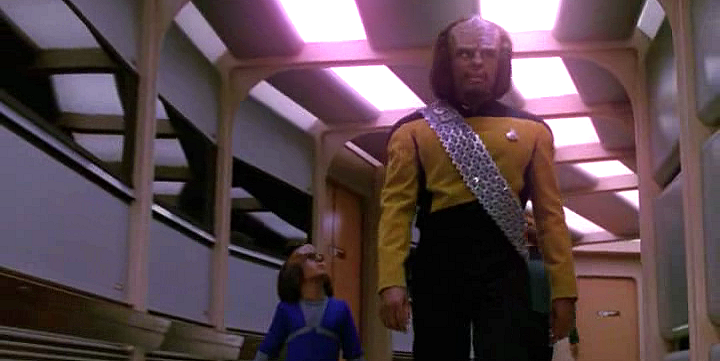 Stardate 44246.3: The Enterprise is intercepted in deep space by a Klingon battlecruiser occupied by K’mpec, leader of the High Council of the Klingon Empire. With him is K’ehleyr, Worf’s former lover, who has visited the Enterprise before. This time she acts as Picard’s aide in a role K’mpec has chosen for him – the neutral arbiter to oversee the handover of the dying K’mpec’s powerful position to one of two contenders: Duras, whose cover-up of his father’s actions cost Worf his honor; or Gowron, a Klingon “outsider” about whom little is known. But sabotage, including the assassination of K’mpec, begins to point toward evidence of Romulan involvement…and Worf must deal with the possibility that his son (by K’ehleyr) may lose his honor if Worf reveals his relationship to him.