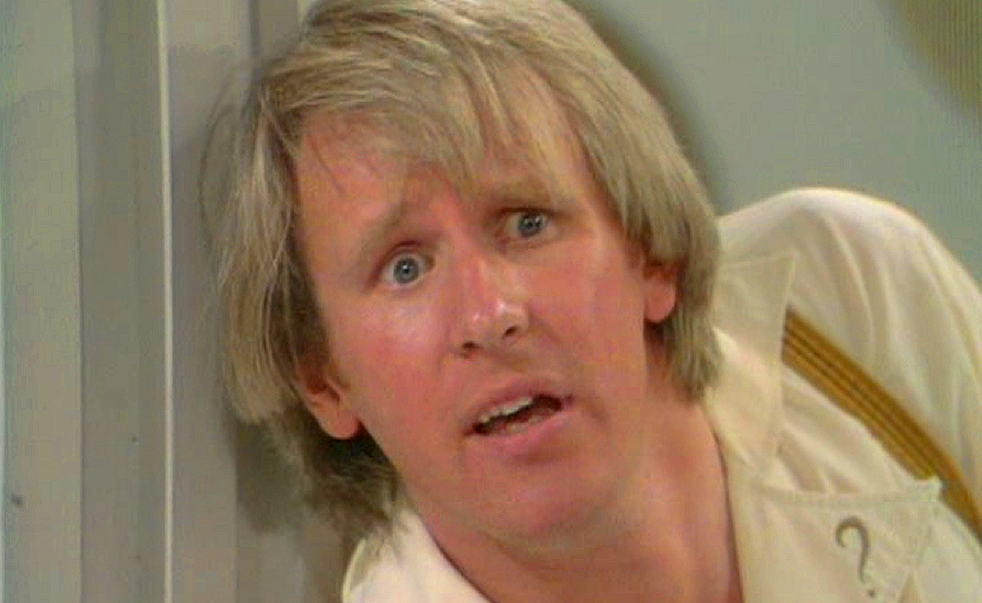 The Doctor, trying to return Tegan to Heathrow Airport, manages to get the TARDIS to the correct time and date – but in the wrong place, landing aboard a vast spaceship which is slowly making its way toward Earth. The Doctor and his friends eventually meet Monarch, ruler of the alien Urbankans, who are preparing to visit Earth on what Monarch claims is a mission of peace. But it seems that the Urbankans have already paid Earth a visit – representatives of various periods and cultures in the planet’s past. But none of it is real – the “abductees” aren’t really human, and Monarch’s mission is one of conquest, not peace.

On the planet Deva Loka, an investigation team studies the primitive native Kinda people, and are rather alarmed when the Doctor and Adric are rounded up by an automatic security device. The Doctor has brought the TARDIS to Deva Loka so Nyssa can rest and recover from her expeiences aboard Monarch’s ship. Tegan, in a nearby forest, drifts off to sleep and is visited by the Kinda, and her body is inhabited by an evil spirit from their lore, the Mara. The Doctor learns that, pending the final report from the increasingly unstable investigators, the Kinda could be displaced by human colonization of their world…unless all of them are destroyed by the Mara first.

The Doctor finally lands the TARDIS at Heathrow – in the 1600s, long before air travel – and immediately becomes the object of hostility from the locals, who fear for their lives since a falling star heralded the coming of a new and virulent plague. They befriend a rogue named Richard Mace, who is helpful as a guide, but is almost useless as a protector when they find an android lurking in an abandoned house. Tegan is stunned and Adric is taken prisoner, while the Doctor, Nyssa and Mace escape. Tegan and Adric are interrogated by a hideously wounded Terrileptil creature, the master of the android, and self-declared destroyer of mankind.

The TARDIS brings the Doctor and his friends to a railway station in 1925, where a car is waiting for them – and the Doctor seems to be expected by name. He and his companions are taken to Lord Cranleigh’s estate, where the Doctor turns the tide in a game of cricket. But as all the guests prepare for a fancy dress party, the Doctor’s costume is stolen and his curiosity leads him down a hidden passage in the house. By the time the Doctor emerges, he is the prime suspect in at least two murders – and due to his own disappearance into the house’s secret passageways, he has no alibi. Someone in the house does know who the real killer is, but if she tips her hand, other dreadful secrets could destroy the Cranleigh family.

A 26th century geological expedition is ambushed underground, leaving only a single survivor. When she crawls her way back to the surface camp, she reports the massacre. A squadron of security troops arrives to investigate, but they also consider her a suspect. However, when the troops return to the subterranean caves to look for the evidence, they first find a pair of killer androids…and then they find four people claiming to be time travelers, who instantly become the prime suspects. But these travelers – the Doctor and his unharmonious trio of companions – are more of a threat to the plans of the Cybermen (once again wearing new suits of high-tech armor). It seems that, fearing an upcoming conference of interplanetary superpowers that could spell the end to the Cybermen’s war effort, the silver ones plan to slam a huge space freighter into the Earth, obliterating a large portion of the planet’s surface. But when Adric manages to thwart the Cybermen’s plans by accidentlly sending the freighter back in time (but still on the same trajectory), he’s either helping to prevent the human race from coming into existence…or ensuring that event.

The authorities at Heathrow Airport are suspicious when a Police Box appears in their terminal within moments of the disappearance of a Concorde aircraft in mid-air. The Doctor drops the name of U.N.I.T. and is allowed to help in the search for the whereabouts – or, he suspects, the whenabouts – of the missing plane. The Doctor, with Nyssa, Tegan and the TARDIS in tow, takes the next Concorde flight on an identical vector, and soon finds himself on prehistoric Earth, along with the passengers and crew of the other plane. A strange being called Kalid has hijacked the two planes into Earth’s past to use their passengers and crew as slave labor for a sinister task – and Kalid is also very interested in the Doctor’s TARDIS.