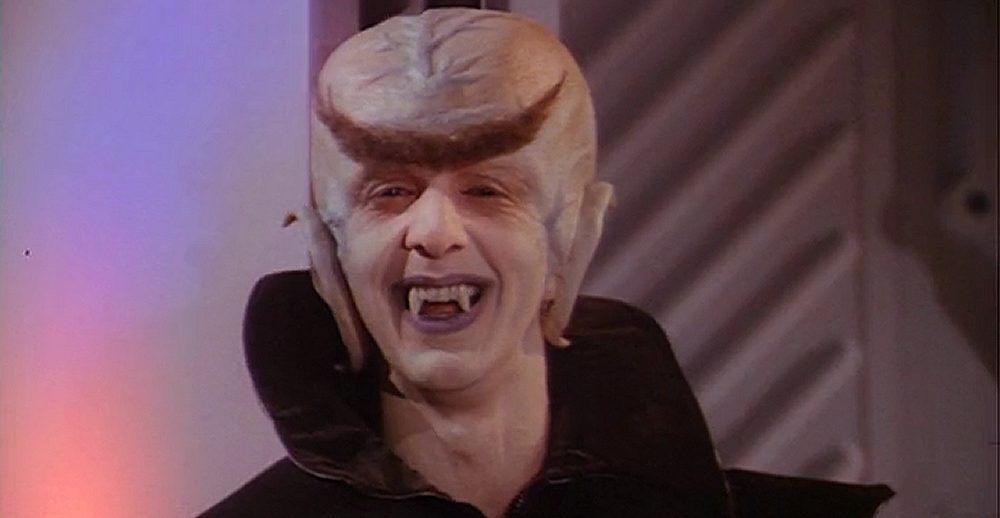 Buck and Wilma visit Theta Station to have repairs made to Twiki. Mere minutes behind them, a derelict freighter emerges through the stargate and collides with Theta Station, after the station’s crew fails to make contact with anyone who might be on board. The crew of the freighter is found dead inside, and with no cause readily apparent, Station Commander Royko declares a quarantine. After further examination, Dr. Ecbar discovers that the “corpses” are not dead – but not long after he reveals this to Buck, the doctor dies mysteriously, his neck discolored in the same inexplicable fashion as the other victims. Wilma repeatedly experiences strange sensations, and even begins to see a chilling alien humanoid appear. Royko insists in believing that havoc is being wreaked by a hallucinatory virus, but after narrowly surviving a violent encounter with the same being that Wilma has been seeing, Buck thinks that a soul-stealing creature – the 25th century equivalent of a vampire – is responsible for the mounting body count.