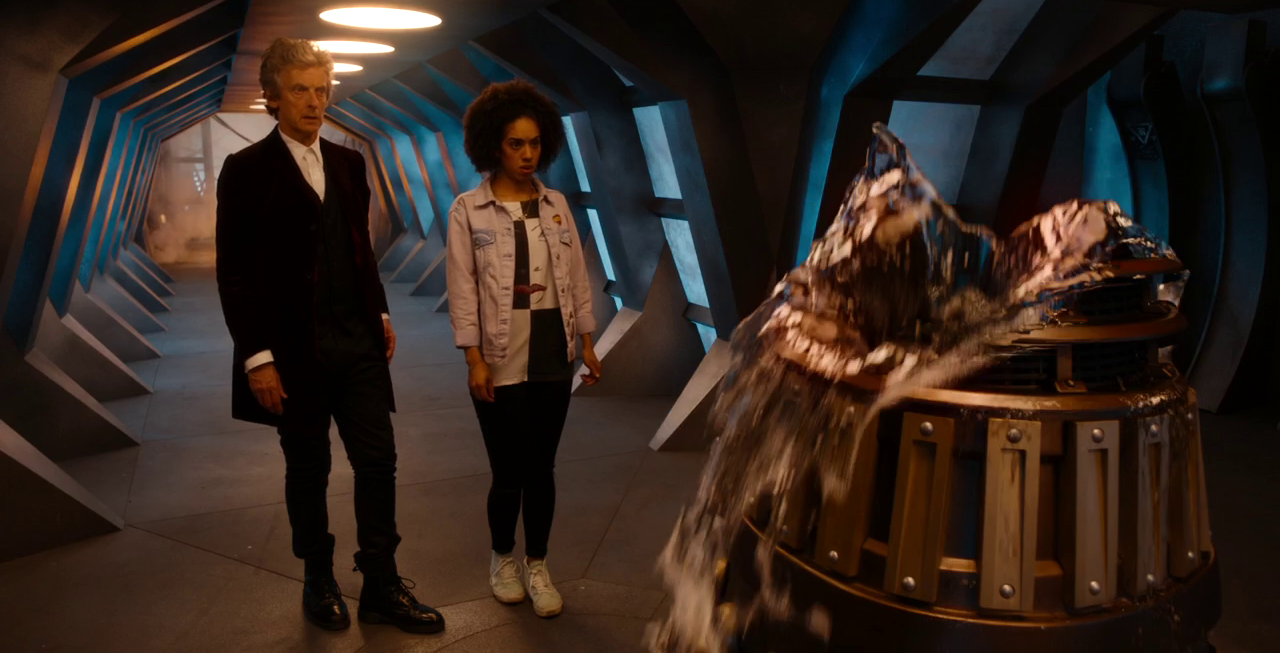 The TARDIS brings the Doctor and Bill to the last of the London Frost Fairs in 1814, a traveling carnival set up on the frozen river Thames. While the time travelers are trying to keep a low profile, something else is watching from under the ice, waiting for individuals to wander away from the crowds…so something else can drag them through the ice and consume them. When the Doctor and Bill witness this fate befalling a street urchin, Bill is shocked at the Doctor’s quiet acceptance of the child’s fate, unaware that the Doctor is already trying to think of a way to protect the rest of the street children and find out what lurks beneath the ice. When he discovers that the creature, once it is fed stray humans, is excreting something that burns hotter than coal or oil, and is being held in chains beneath the Thames, the Doctor leaves the decision to Bill: intervene in history, or live with the knowledge that a history-changing fuel could advance human achievement at the cost of enslaving an innocent being?

Notes: The Doctor refers to the trapped aquatic creature as the Loch Ness Monster, though the story leaves nebulous whether he means it’s literally the same creature. (Doctor Who has previously revealed the identity of that legendary monster to be a Skarasen deposited in Loch Ness by the Zygons (Terror Of The Zygons, 1975), though there’s nothing explicitly contradicting this creature being the Skarasen, or a progenitor of the Skarasen seen by the Doctor’s fourth incarnation in 1975.) Thin Ice is also the title of a Big Finish Lost Stories release, adapted from a story outline for the never-made 1990 season of Doctor Who, which would have been Sylvester McCoy’s fourth and possibly final season, had the BBC not quietly cancelled Doctor Who after its 1989 season. Prior to its Big Finish release, that unfinished story had also been known as Ice Time.

The Pyramid At The End Of The World

The Lie Of The Land