Skip to content
Most Recent
Chapter 3: The Streets Of Mos Espa
Kobayashi
Chapter 2: The Tribes Of Tatooine
Chapter 1: Stranger In A Strange Land
Anomaly
Terror Firma

Social media “ratings”, bestowed by friends, strangers and random passerby alike, are as much currency as actual money, determining not just social standing, but what kind of jobs and housing are available. Smiles are everyday attire, worn to avoid “downvotes” for being considered surly or impolite. Lacie Pound, hovering between 4.0 and 4.5 out of 5, “upvotes” everyone she meets; it’s the polite thing to do, and it’s expected. At home, however, she is stuck living in a small house with her brother, but Lacie is eyeing a more upscale residence – one that she can only afford if she reaches a steady 4.5 social media rating, qualifying her for a discount. The opportunity to boost her profile appears in the form of an invitation to be the maid of honor at a childhood friend’s wedding…but does Lacie even have the necessary clout to make the trip?

For Cooper, trying to escape from the stress of his home life with his mother means quietly leaving without a word to travel the world. From Australia to Spain to England, Cooper’s carefree voyage of self-discovery is almost over. His mother keeps calling, and Cooper keeps declining her call. He hooks up with a British video game journalist named Sonja, a fortuitous meeting since it appears that he’s maxed out his credit card and can’t buy a ticket back to the States. Sonja points him toward a paid playtesting opportunity that should provide Cooper with the money he needs to get home. The game in question is an augmented reality horror experience that draws upon the player’s own memory to conjure his worst fears. From spiders to childhood bullies to a decidedly more deadly version of Sonja, Cooper is scared out of his wits and wants the game to end. But the damage may already be done: the lines between reality and the game are blurred, and Cooper may never see the real world again. 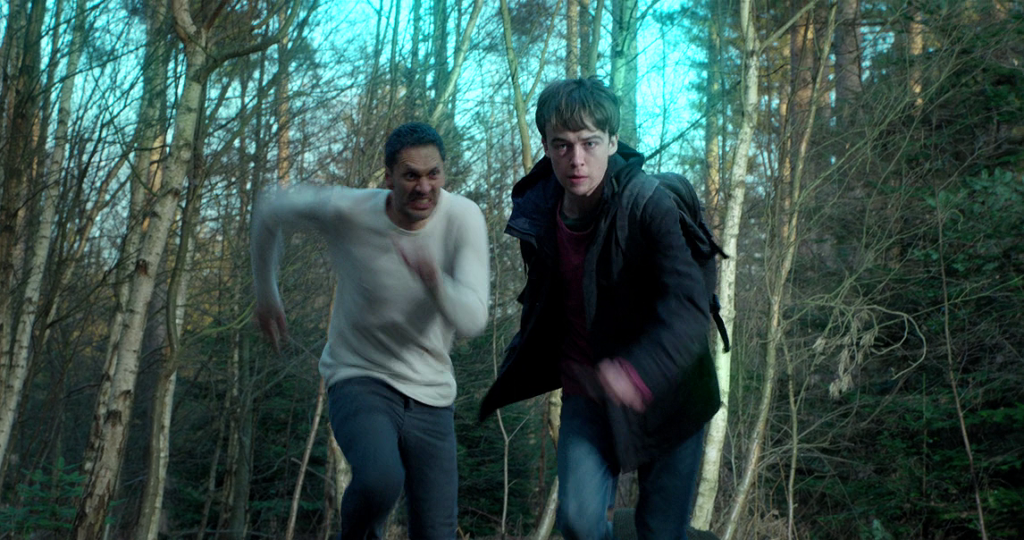