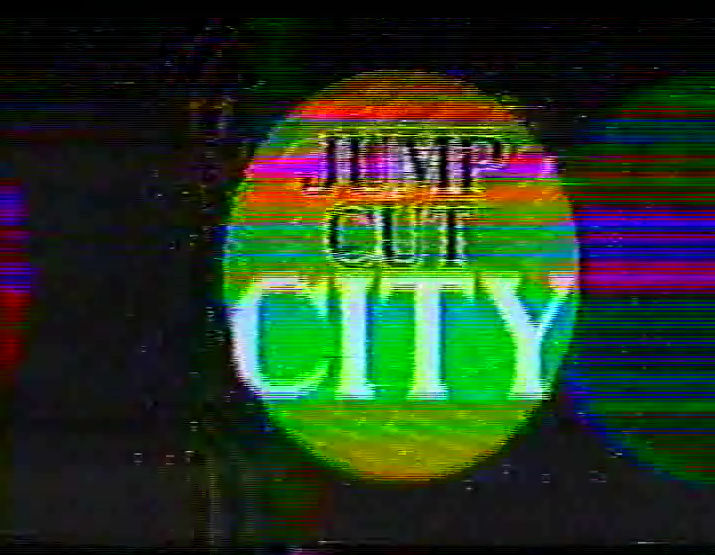 JCC is Jump Cut City. JCC was a no-budget, strictly for laughs parody of sci-fi and action flicks. Four episodes ran on Access 4 Fayetteville for untold months in 1993 and then the show disappeared. Thank the gods of your choice for that.

JCC’s genesis was an endless series of often stupid home movies that Rob Heyman and I made, starting in the spring and summer of 1987 after I got a camcorder. We weren’t even of driving age at the time, we weren’t having to pay bills, I still had hair, and life was good. We kept every single frame of video that we shot, whether it was priceless or putrid, and compiled them onto a bunch of 6-hour tapes under the title of “Jump Cut City,” and thus was the legend born.

In the beginning, JCC was ad-libbed and very stupid. (Well, go figure – in the end, JCC was scripted and slightly less stupid, but who’s counting?) However, the stupidity of JCC was part of its charm. Never mind that inside our vast spaceships looked like my house or Rob’s house, or that every “alien planet” looked a lot like my back yard – it was just hysterical, at least to those of us who made the shows.

After about four years of ad-libbing our way through JCC, we began to write scripts. After coming up with a handful of scripts and shooting a few of them, Rob approached the cable access channel in Fayetteville, Arkansas where he was attending college with the idea of airing JCC. They loved it – and so, almost disturbingly, did quite a few other people. Both Rob and I were recognized in public on a couple of occasions, and the four episodes we completed for Access 4 aired continuously for at least two or three years (even after we’d asked them to pull the show, but hey, that’s another story).

Some of the episode titles were kinda funny too. Some classic episodes of “prehistoric” JCC include: Showdown at…well…a new location, The Life and Times of -30- (owing to our mutual participation in journalism class in junior high school), The Incredible Sentimental Molecular Adventure, How the Win-a-Prize Was Won, Puppy (the ORIGINAL JCC pilot!), Plasmodium Spazmodium, Cosmic Whiplash, I Married a Fiddygibber, The Thunderous Breeyat (?!?), The Third Nostril, Countdown To Destruction, T’aag You’re It, I’m Gonna Git U Hukka, Dismember Me, Bright Lights Big Fiddy, and so forth. 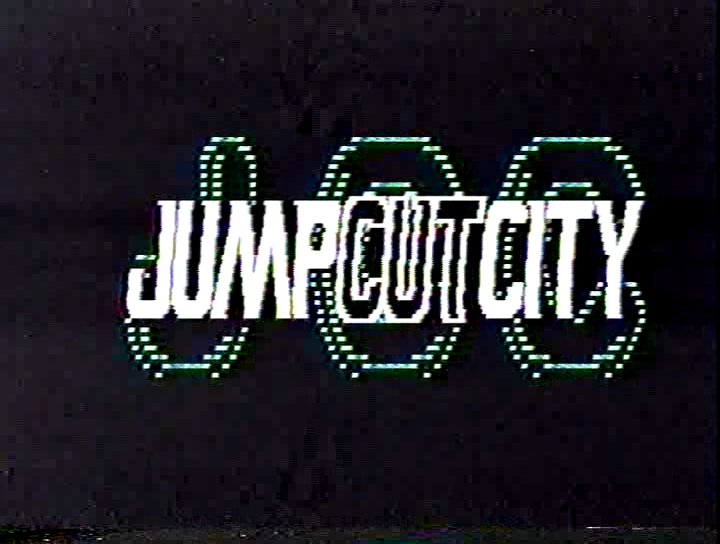 The cable episodes were about 30-40 minutes, no commercials. We did one two-part cliffhanger and planned to thread story arcs through several episodes. As for humor…well, imagine “Ren & Stimpy,” in live action, with in-jokes on nearly every SF show or movie your squishy little brain can think of. If you can imagine that (and if you can, we don’t feel sorry for you), you’re probably imagining something similar to JCC! For example – Burchuss‘s voice should floor you. If it doesn’t, you have no discernable sense of humor whatsoever. Huk and Buh, seeing large signs with the word “LIFE” posted on the wall, decide they’ve found life signs after all. Hukka, on Buh’s advice that maybe we should look at things from a mosquito’s point of view, whips out a pair of psychedelic sunglasses and gazes about in wonder. Buh has been awarded a badge for scatological excellence. An entire planet comes to an explosive end after a world-sized fart thanks to deadly “Borshudan destructo beans.” The ship’s toilet ceases all function and the crew must restrain themselves until their next planetary stop. And there’s more! But occasionally, for the sake of contrast, we’d do a pretty serious episode, but the ratio of silliness to sanity was about two to one. Learn more about these richly-drawn (not really) characters here (really).

There’s also an unrelated offshoot of JCC called The Bug From Hell, but we don’t talk about that. 😆