The unchanging playbook of the fandom menace

So I was looking for something and stumbled upon a directory of scans of a certain influential (and rather infamous) Doctor Who fanzine; I don’t remember when or where I got these. But… I wanted to show y’all something.

I chuckle (and sigh heavily) at “news sources” like Nerdrotic, Doomcock, Wegotthiscovered, etc. etc., all claiming to have inside scoops that a given show’s showrunner and/or star is being shown to the door, usually with some added insinuation that the reason no one else is reporting this is because it’s being done under a veil of secrecy, and (insert clickbait YouTuber of your choice) somehow has the inside scoop. And then they have to backpedal and cough up some B.S. story about how Alex Kurtzman or Kathleen Kennedy is being kept on board to “reassure shareholders” or some other such unlikely codswallop. The same claims are repeatedly made of Chris Chibnall and Jodie Whittaker too, which is why this discovery of ’80s ‘zine scans was all the more delicious.

Behold as “DWB” – a.k.a. Doctor Who Bulletin – self-pwns in the space of two years, waging a campaign against Doctor Who producer John Nathan-Turner, and then reporting his ouster, and then having to admit that he’s not going anywhere. It’s kind of delicious. You can click on it to zoom in.

Now the same cycle repeats itself, except it happens at the speed of the internet.

Remember when fandom was about liking something instead of hating it? Sigh. 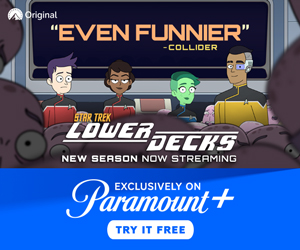