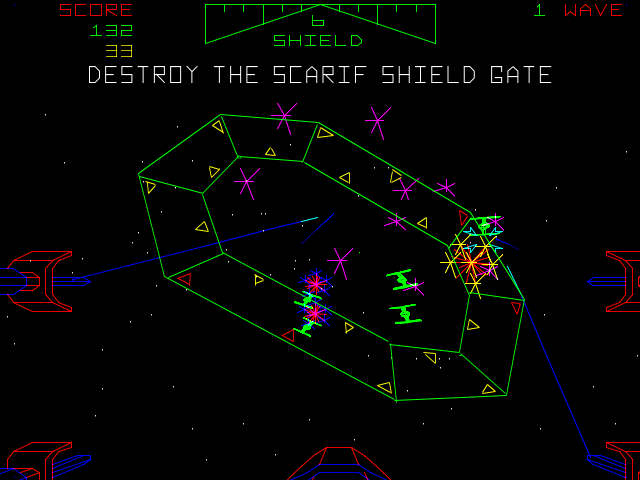 Level 1: Scarif Shield Gate
If they can manage to do it under a barrage of seemingly endless incoming waves of TIE Fighters, players must blast all of the yellow triangles on the Scarif shield gate, turning them red. (While the triangles are still yellow, they can fire at the player just like the TIEs can, with a longer delay between shot and impact since the gate is further away.) When all of the triangles have been blasted, the gate opens, and the player descends to the planet for… 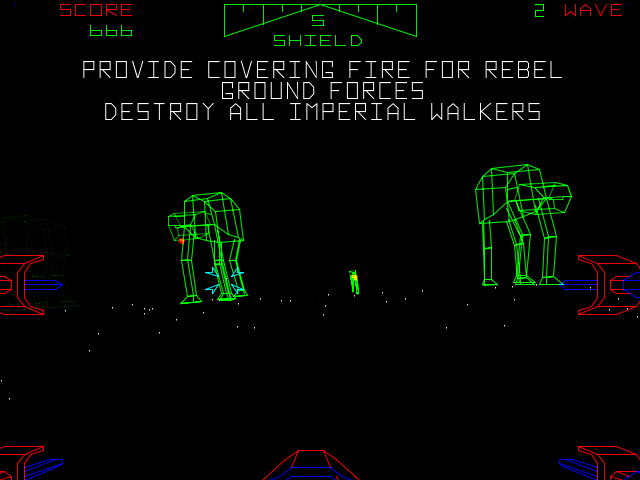 Level 2: Get That Beach Under Control
For Jedha! Destroy or delay Imperial Walkers to give Rebel ground forces time to steal the Death Star plans. Once the plans have been stolen… 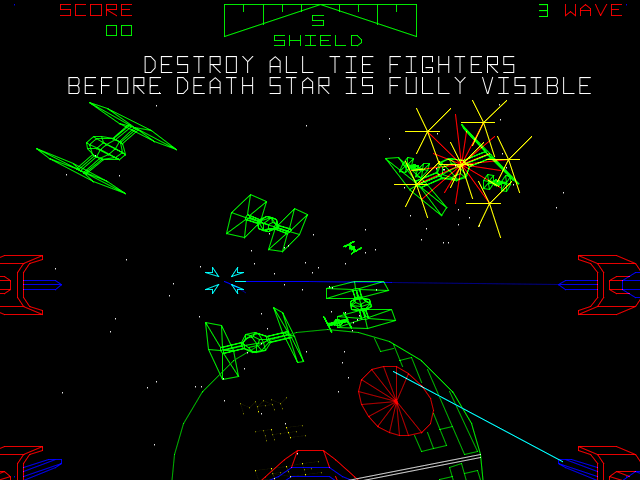 Level 3: A Massive Object Has Emerged From Hyperspace
The Death Star begins rising inexorably into view. Destroy all TIE Fighters before the full disk of the Death Star is visible, allowing the fleet to escape. If you don’t survive the level, the mission fails. But even if you do… 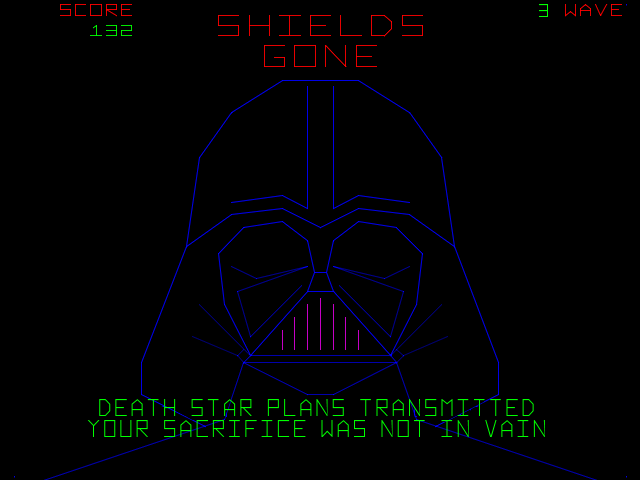 Game Over: Slice & Dice
…you were expendable the whole time. But hey, the Rebellion lives on, right?

Obviously the above are mash-ups built from MAME screengrabs of Atari’s 1980s Star Wars and Empire vector graphics games…but that doesn’t mean it’s not a good idea.

Seriously. Make it a mobile game. Make it an easter egg hidden within a more “modern” Rogue One game. Make some money off the deal. People Of A Certain Age (a category which includes the person who put this all together) would eat this up.