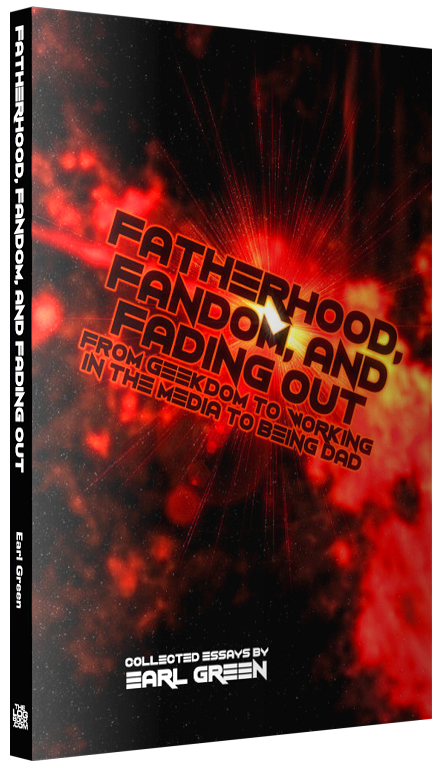 Because the playing field has changed a bit where WARP! is concerned. We now have a new Star Trek series in pre-production, with such luminaries as Bryan Fuller, Nicholas Meyer, and Rod Roddenberry doing the honors. After years of mega-budget popcorn flicks bearing little resemblance to the Star Trek we know and love, the idea of an all-star return to form is incredibly appealing…and it changes things up a lot.

That’s why the WARP! books are being broken up in a series of smaller books. 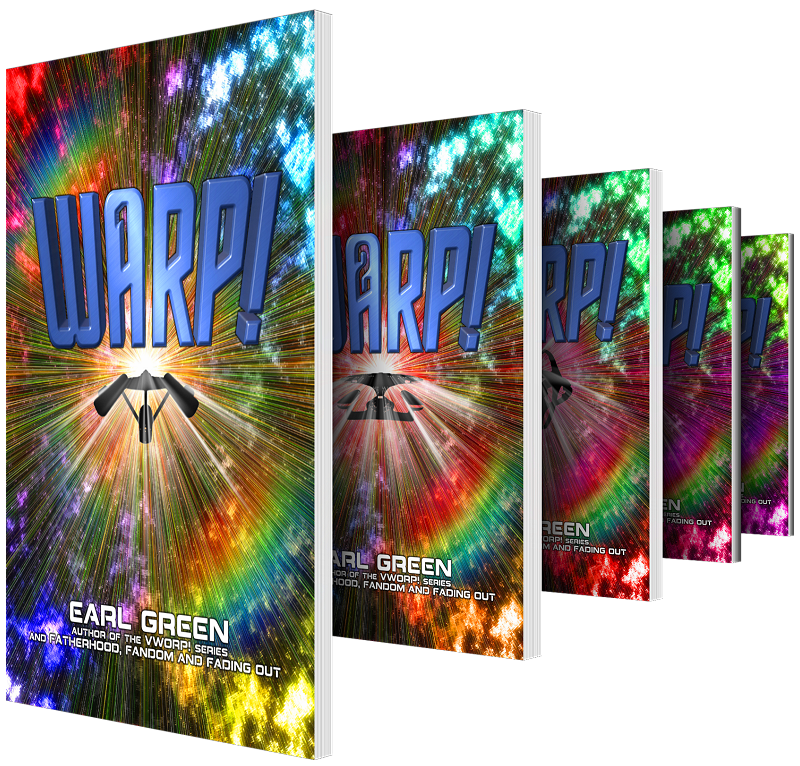 Each book will cover one series “era”: WARP!1, which I intend to have done by August, will focus on the Kirk era: the original series, the animated series, the movies, and Gene Roddenberry’s 1970s pilot and movie projects, as well as Kirk-era fan projects. Though I had originally announced that book 1 in this series would also cover the Abrams movies and The Next Generation, TNG and its movies will now take up the entirety of book 2, DS9 will be book 3, Voyager will be book 4, and book 5 will cover Enterprise, the Abrams movies, and further fan projects. And book 6? By the time it comes time to write book 6, there’ll be shiny brand new Star Trek to talk about.

And here I thought I was embarking on a safe, limited-scope project about a dead series.

By dividing the books up this way, they’ll be more affordable for you (one complaint I do consistently get about VWORP!1 and VWORP!2 is that they’re giant, daunting books with price tags to match). And they’ll probably happen faster if I can just barrel through a single series at a time with laser-(phaser?)-like intensity; I’ve considered similarly dividing things up a bit more for future VWORP! books as well. VWORP!3 might happen a lot faster that way. Giant books on the scale of VWORP!2 are impressive, but ultimately they’re a bear to organize and keep straight in my head, and a monster to edit as well.

Which brings us back to the backlog of previously announced book projects. The Guide To 42 British Sci-Fi TV Classics is going to undergo a slight name change to include “Fantasy” in the mix; UK fandom long ago coined a fantastic portmanteau word, “telefantasy”, that would describe this book to a tee, and yet I don’t know that anyone on this side of the Atlantic would necessarily understand that term. A lot more material is being generated for this book as we speak, including those essays that everyone loves so much. This book will mark a departure from the established format of VWORP! and WARP! in that there will not be a review for each episode; there will be a lengthier discussion of each series at the end of that show’s chapter. Long-running shows such as Primeval and Blake’s 7 will probably have discussions at the end of each season (or series, as they say in the UK). Getting any more fine-grain than that would result in a book whose page count trends toward infinity. 2017 at the earliest for this one – there is still much to be done on it, but it’s been a lot of fun to research. 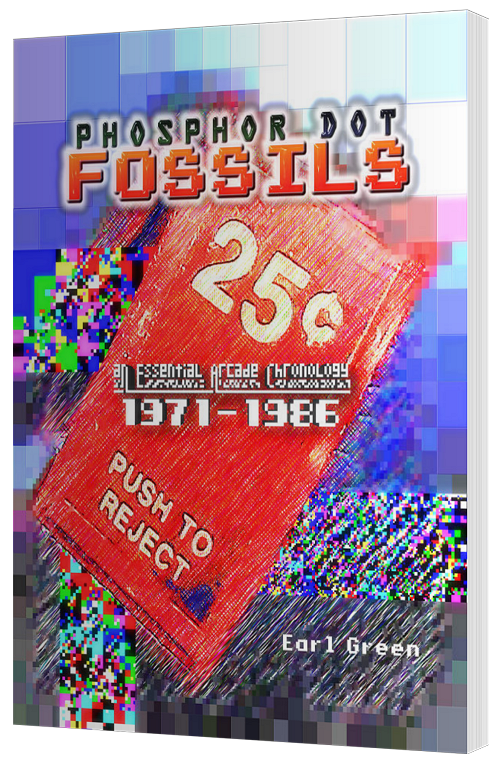 Phosphor Dot Fossils: An Essential Arcade Chronology has been back-burnered a bit; this book will be the first one I lay out entirely in Indesign rather than Word. It’ll be much more visual than the previous books have been – screen shots, photos I’ve taken down through the years of numerous arcade cabinets and cocktails, close-ups of control panels… I’ve been taking the photos for this book longer than I knew I was working on a book. I think everyone expected a PDF book to happen eventually, but I’m taking the time to make this one look as beautiful as I know it could look. I’ve looked at doing it in color, but holy hell, it’d be expensive. There’s a distinct possibility of a black & white edition and a color edition, or possibly saving the color for the ebook. The scope of this book may also become more constrained – the “1986” end of the scale may slide down toward “1981”. And 1982, of course, could be its own whole bloody book. We won’t even think about consoles at this point; for one thing, I believe Brett Weiss has that market cornered (and I strongly advise you to check his books out), and for another…my heart would really only be into covering one console so extensively (and you can probably guess which one that is). Earlier, I hoped to have this out in 2016 or 2017…I’m going to decline to add a date to it at this point. 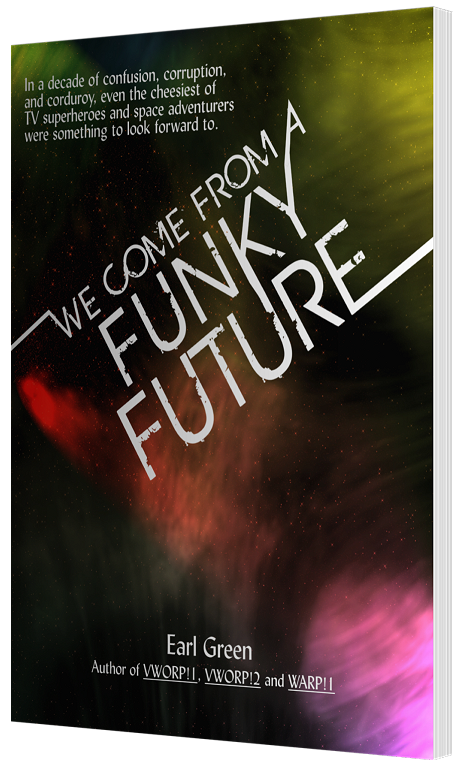 Nor do I want to lumber this one with a release date, as I’ve never so much as mentioned it before, but We Come From A Funky Future (which was very nearly titled “Polyester Planet”) will follow a format similar to The Guide To 42 British Sci-Fi TV Classics – series introduction, series guide, series discussion, punctuated intermittently by essays – and will cover American TV sci-fi and fantasy in the 1970s. Space heroes and superheroes alike will be covered (at the moment, all live action, though this takes in both “adult” shows such as Buck Rogers and Wonder Woman and “kid” shows such as Jason Of Star Command and Land Of The Lost. This book is going to be a lot of fun. But then, any time you can write off the complete Shazam! box set as research material is a lot of fun. This has been in the works for a while; it’s progresses to a point where I’m comfortable announcing it.

And depending on how Fatherhood, Fandom and Fading Out goes down with readers, I may occasionally pause to put together further volumes along those lines. If it vanished after selling a grand total of three copies, well, there would be some audience research results there too. 😆

One other word – due to budgetary constraints, I’m unsure if I’ll be making it to any conventions this year. Both Glitchcon in Springdale and Spa-Con in Hot Springs have reached out to me as a potential vendor, and I’m very interested in both, but changing and challenging personal circumstances have placed serious limits on what I’m able to do this year (and these factors have also resulted in the significant schedule slippage that you’ve probably already detected). I hate the idea of having new material on offer and not meeting my potential audience face-to-face with it, but there it is. Don’t be shy about ordering stuff when it comes out – there may be no convention tables in my future otherwise.

Thanks, as always, for reading.