Then he proposed we turn it into a board game with our checker board. The following wonderful madness ensued.

E assembled his army. He didn’t originally want WALL-E on his side, but we did a trade: E insisted I have a powerful Pokemon on my side so I would “stand a chance”.

E was going to write up a complicated set of rules, as he is wont to do, when I proposed a solution that would let us play a complete game before bedtime: when opposing characters landed on the same square, a la Archon, we’d each roll 1d12, and whoever rolls the highest number wins.

In a moment, the results of that trial. 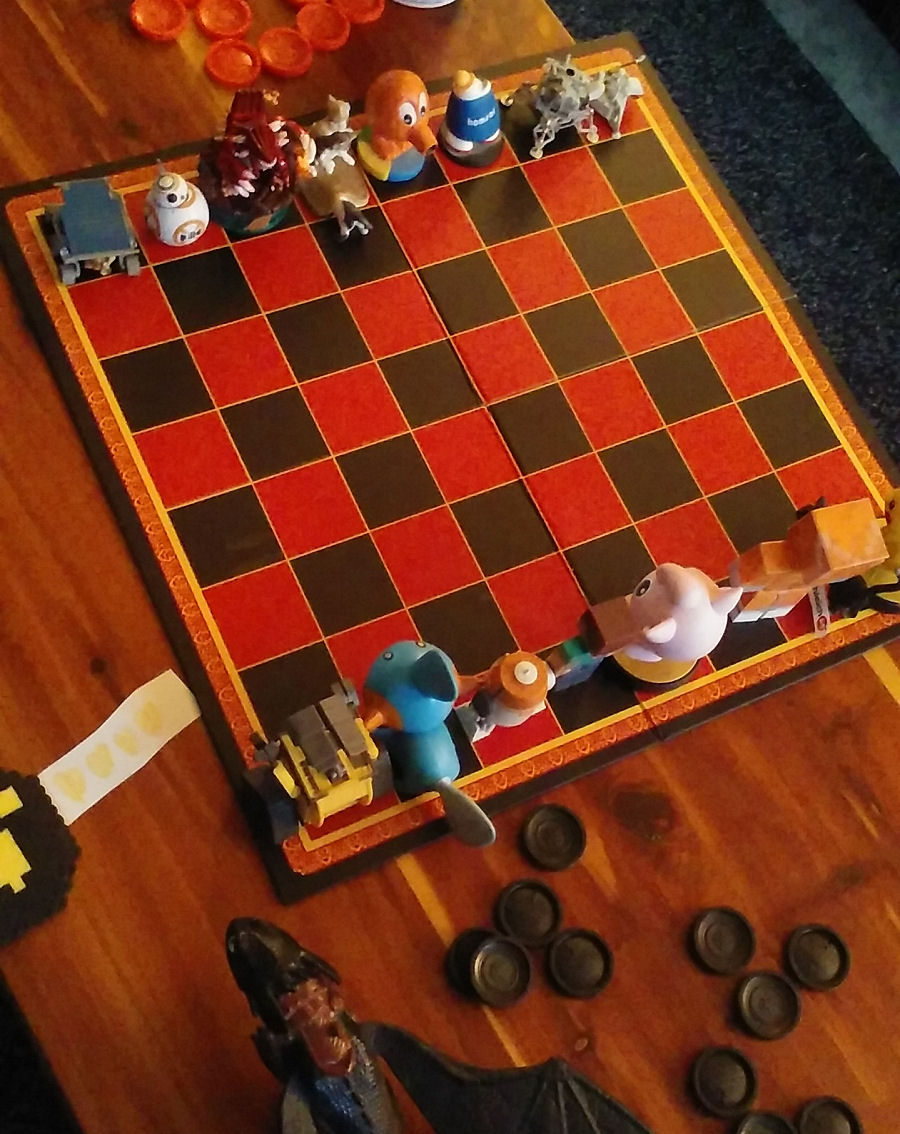 My powerful Pokemon never budged an inch. Didn’t need to. BB-8 pretty much killed everybody. He took out Chopper, Pikachu, Mudkip, and WALL-E by himself. Damn, but he’s deadly. 😆

We’ll keep working on this and adding more nuance to the combat system; the king/queen characters may roll 1d12+1d8 in future games, because they should have a little more “oomph” at their disposal.