Little E and I went to our first Star Party, held each month by the Arkansas/Oklahoma Astronomical Society – and much to our delight it was really more of a planet party!

The event is held at the wonderfully light-pollution-free Janet Huckabee Nature Center in Chaffee Crossing, on a ridge next to Wells Lake Road. The guys from the AOAS had a 10-inch telescope set up, which is great for ogling the confluence of celestial bodies on view right now.

Me and E got there waaaay to early for stargazing, giving us an opportunity to explore the grounds, meet a gaggle of geese, and relax while the sun disappeared from the sky. It was finally time to peer at planets! 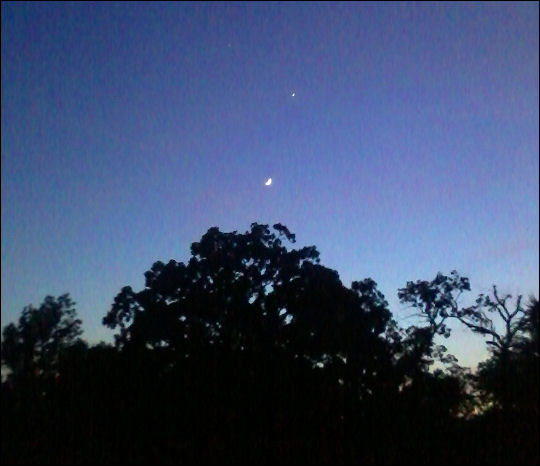 The moon and Venus – sky’s still too bright for Jupiter to emerge.

The best time to catch Venus is just as the sun is setting or starting to rise. The planet showed off a nice, easily identifiable crescent shape, bright white as always. This wasn’t an astrophotography setup, so I recorded what I saw the old-fashioned way: I sketched it on paper, scanned it, and inverted it on the computer! In much the same manner as the ancients! 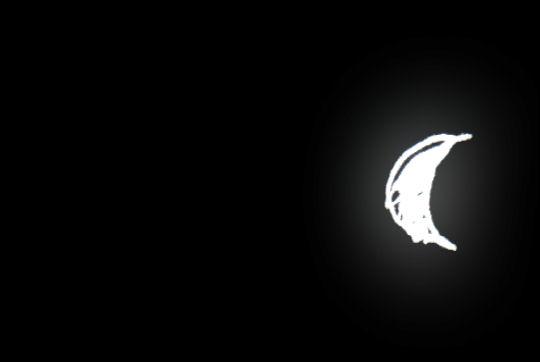 Sadly, we missed Jupiter – Little E was trying to catch lightning bugs. But when it was darker, the telescope was re-aimed at Saturn. 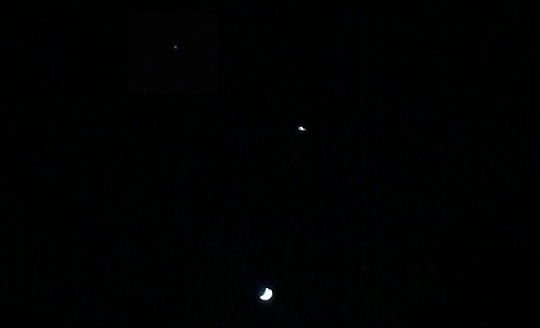 Not only were Saturn and its rings visible, but its largest moon, Titan, could also be seen. 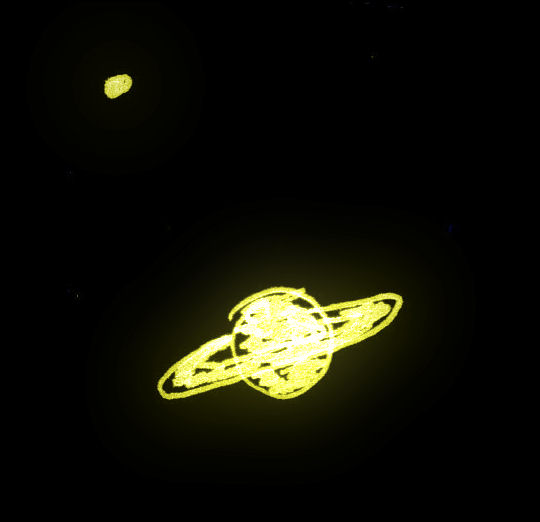 We had lots of fun and stayed up well past Little E’s bedtime (hey, it’s not a school night).

Meanwhile, at the edge of the outer solar system…