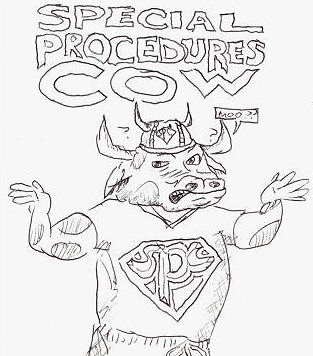 As mentioned before, Special Procedures Cow is an incredibly amateurish little comic strip in which I blow off steam (and mercilessly rehash inside jokes) at/about work. This is the final installment; since this contract job – which I’ve been working on and off since April – is over, there may sadly be no new stories to inspire further adventures of Special Procedures Cow. But you never know, there may be some bovine intervention down the road…

A few liner notes after the jump. 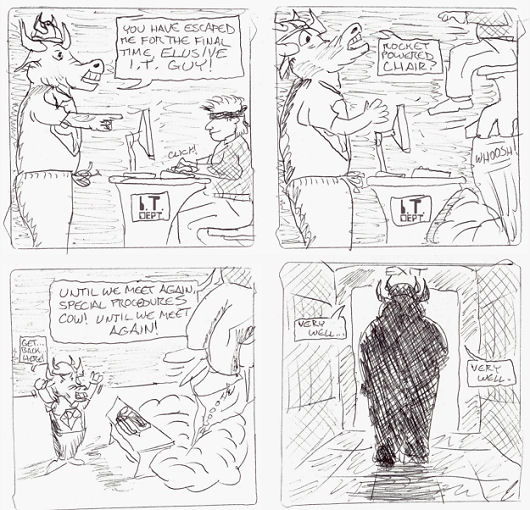 This one was inspired by the full-time guy who was in charge of we unruly contractors for the duration of the project to replace a few thousand new computers in a sprawling family of hospitals and clinics spanning several cities in and around our immediate area. He’s a great guy, but as time wore on and we kept hammering the poor dude with questions, he developed a ninja-like ability to vanish just as we were looking for him.

The last panel is the same from strip to strip. That’s part of the gag (and a huge time-saver – I only had to draw it once!).

There’s a reason I’m not a professional cartoonist.