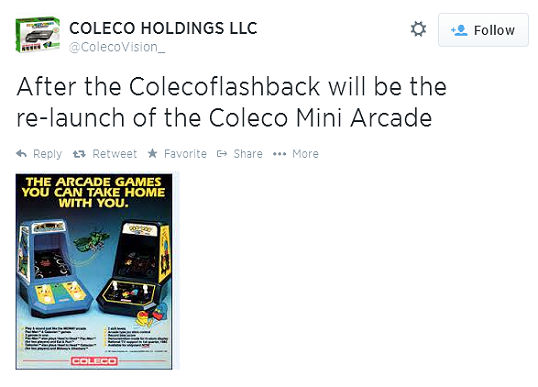 Now, this could have ups and downs. Excalibur Electronics revived the form factor of the Coleco mini-arcades about ten years ago, resulting in these somewhat chunky “homage-at-best” games… 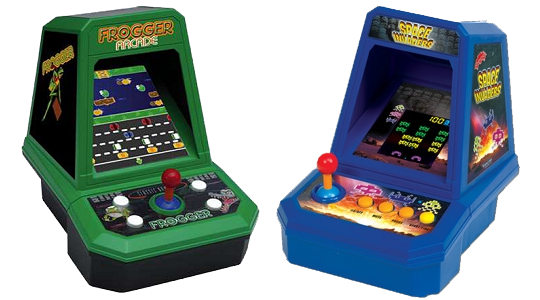 I’d accept a radical change if they’d consider putting something along the lines of a cheap single-purpose mini-tablet in there running an emulator to a little LCD screen. Otherwise, it’s not so much nostalgia as it is the portable gaming equivalent of New Coke.

You can read more about the originals here. And, ahem, you’ll be able to get your hands on the originals and play them this weekend at OVGE.