Today was the day everyone on Earth was supposed to wave at the planet Saturn, low on the eastern horizon in the afternoon. Way out there at Saturn, the Cassini space probe is looking back this way as Saturn eclipses the sun, and the pictures it takes during this event – while Saturn is blocking out the direct light of the sun from Cassini’s vantage point – should show Earth as a tiny bright-blue half-pixel reflecting the sun’s light.

Since it was clouded over and trying to rain on us, we made our own Saturn out of a styrofoam ball, with paper clips holding up a somewhat floppy construction-paper ring. Obviously, Douglas Trumbull isn’t quaking in his boots. (Trumbull oversaw special effects for 2001: a space odyssey, which was meant to take place at Saturn, but when Trumbull couldn’t devise a filming miniature of Saturn that met with his exacting standards, the whole story moved to Jupiter instead. Trumbull finally made a Saturn he was happy with for his own movie, Silent Running, a few years later.) 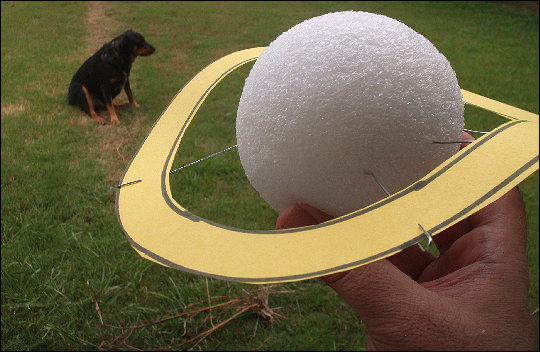 …with Gabby the dog orbiting near by.

And here we are waving at Saturn… 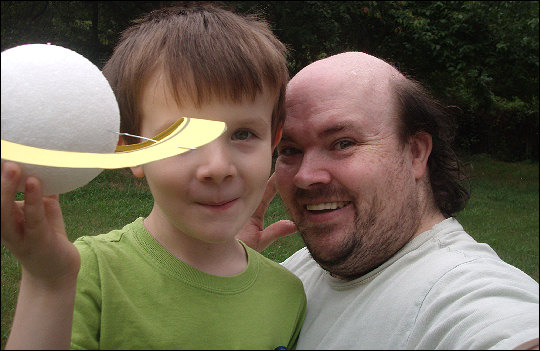 I’m a big fan of the Cassini mission – you can see my attempts to make animated versions of its photo sequences here.

I tried really hard to figure out a way to support the rings. This time, though, moving the whole story to Jupiter wouldn’t do!

While we were outside, we also waved at Coco the horse, out in the pasture… 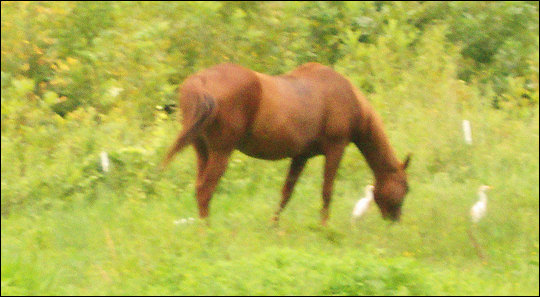 It is my sincere hope that nobody mooned Saturn. Saturn has enough moons. 😛

Those with a sharp eye will see that our Saturn is a close cousin of the recent (and perhaps somewhat more successful) Project Pooka.