Considering how bad the roads have gotten since then (the whole area’s pretty much been shut down, as thousands of schoolchildren bemoan the fact that this hit during a time of the year that they were out of school anyway), the haste was not premature. 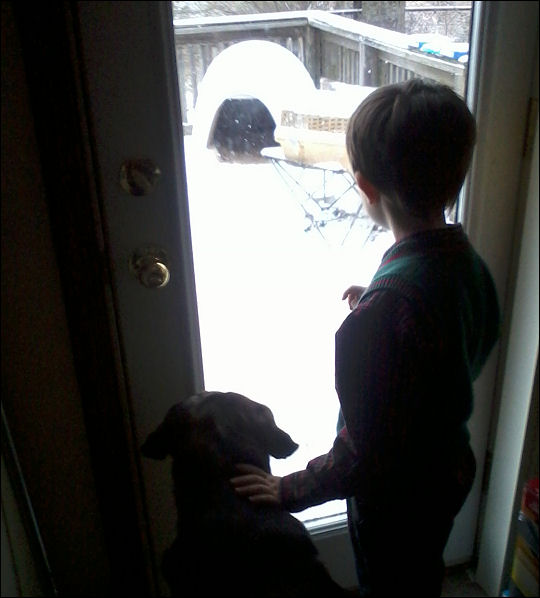 Little E and Z-Dog watch from the warm safety of the house. 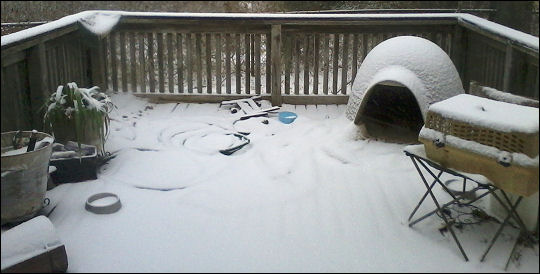 Only an hour into the festivities. We wound up with about half a foot of the stuff. 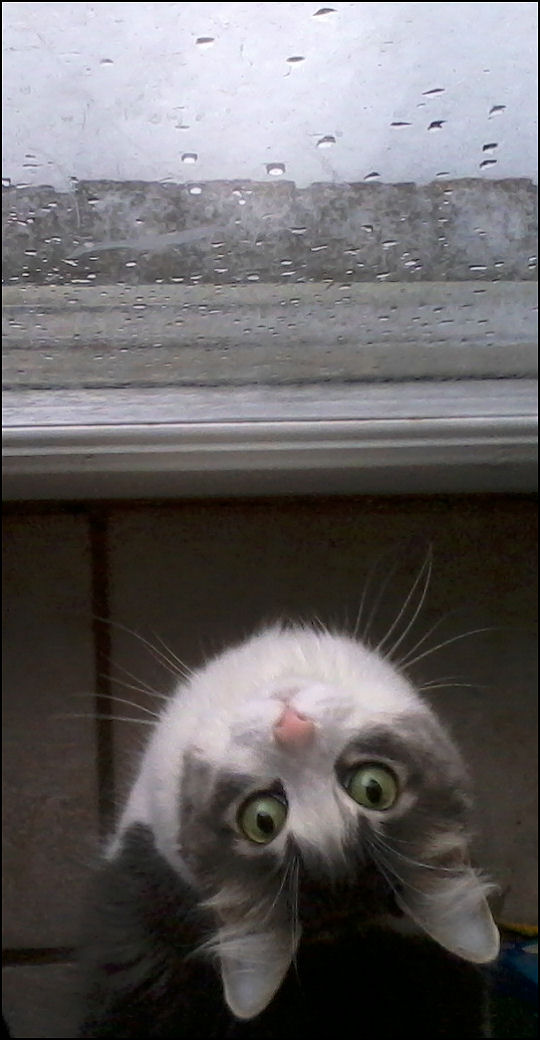 “Do I have to go out there in that?” No, Maria, never again.

As I write this, Mrs. G is having to stay in a hotel room close to work so she has a fighting chance of getting there tomorrow morning, something that probably wouldn’t have been possible if she’d come home to spend Christmas night with us like she wanted to. You’re a mean one, Mr. Grinch.