Crappy cold rainy weather here tonight – it might snow, it might not, but either way it’ll be crappy and cold. For this kind of weather, Xena still gets to come inside…and Oberon promptly kisses up to her. Big time. (And I think she loves it.) 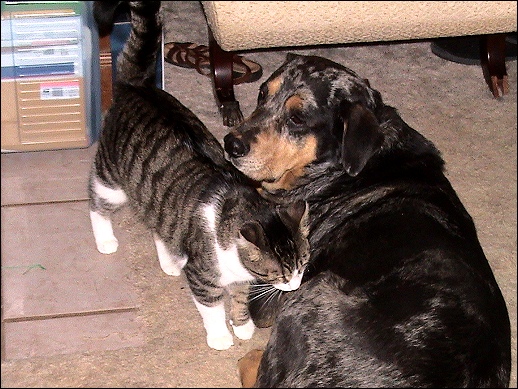 Meanwhile, don’t bother Evan. Man, did he have a long day on Tuesday. 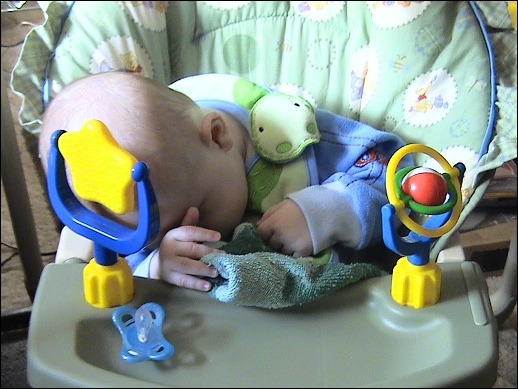 What was so bad about Tuesday? His mom dressed him as an Ewok and took him all over the place with her. 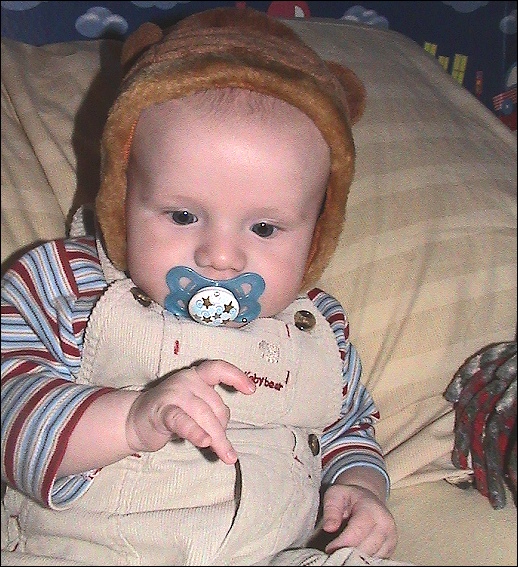 While Evan was gone, Obi missed him. In a big way. He decided to hang out at some of Evan’s favorite places, hoping his buddy would come back soon: 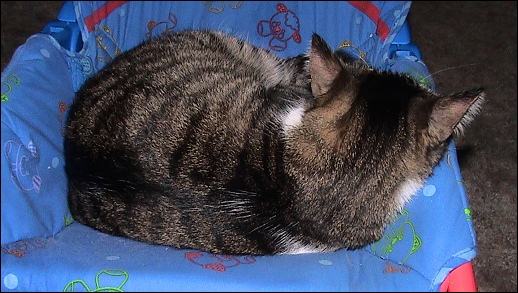 He waited in Evan’s bouncy chair until he fell asleep. And then he did the same in the stroller: 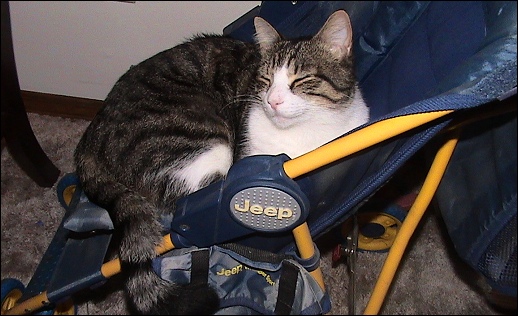 Obi sure misses his buddy, and even a new season of Torchwood can’t console him. The first episode of the new season was promising, and funny too – I loved the opening teaser with, well…the fish. Spike wasn’t bad either. The only thing I’d change, however, would be this little hint of unrequited love between Jack and Gwen – epic fail, guys. There was barely even a seed planted for that, and even then, it was a thread that seemed to be abandoned early on in season 1. Let’s just brush that aside quietly and get back to business. And what the heck was this big bombshell that Captain John dropped at the end, that – unless I forgot something really major in season 1 – means just about nothing to the audience yet? Makes me wonder if we’re going to pick up any season 1 threads such as Bilis Manger, or the opposite number of the resurrection gauntlet. We shall see, eh? The Torchwood season 2 guide kicks into gear this weekend on theLogBook, so keep your eyes open this weekend.