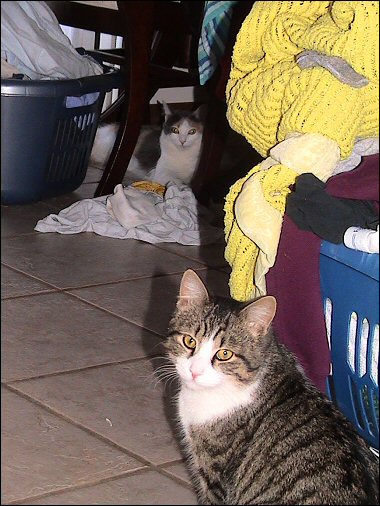 We’re just innocent little kittens playing in the laundry. Oh yes we are. We’re not making anything dirty again. We promise. 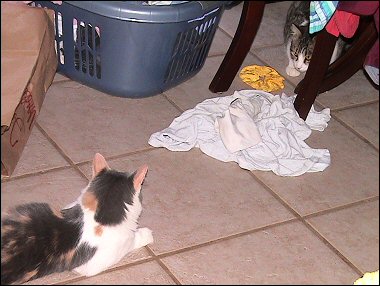 Olivia and Oberon are now getting along famously for the most part, playing together whenever they can and zooming through the house with the sound of stampeding paws. 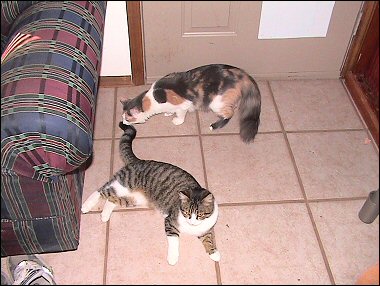 “Obi” still wants to go back outside, though so far he hasn’t ventured far from the house – a cold snap has made the great outdoors a little less appealing to him. But he sure sits by the front door and thinks about it a lot, giving Olivia a chance to play with his tail. 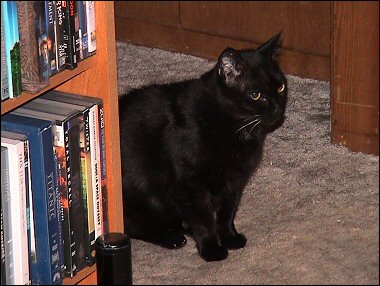 Othello isn’t quite sure yet what to make of the interloper – he still greets Oberon’s approach with a hearty, nasty-sounding hiss, i.e. “You can just stay the hell away from me.” Othello’s just fine with Olivia still, but if he’s still riled after warning Obi off, Othello will even give her a big wet nasty hiss. 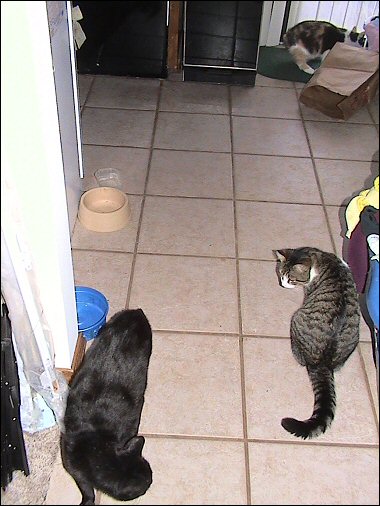 Here’s a rare, hard-to-get shot of all three of them (if you look close). Othello and Oberon are regarding each other warily as Othello walks by to retreat to his territory (i.e. the game room and the spare bedroom). 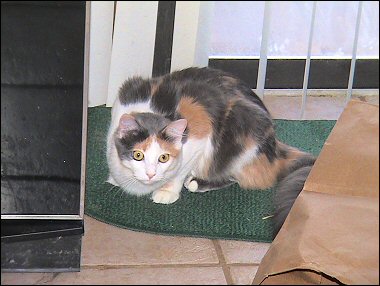 Olivia has tried to get both of her friends to play with her at the same time, but her peacemaking efforts just haven’t paid off yet. 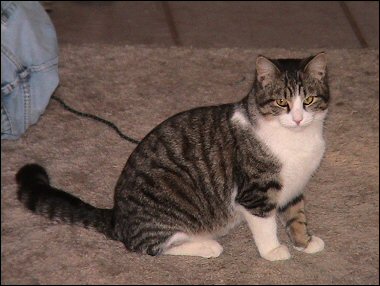 Oberon’s playful side didn’t really come out until after we had him neutered, oddly enough. The morning after his surgery, he was playing with Olivia for the first time. He still has his front claws, though he’s used them enough, on both Olivia and myself, that taking the poor little guy back to have more parts removed is very strongly under consideration; I’m just worried about such a final solution when we still haven’t quite resolved his indoor/outdoor cat status. When the weather warms up, he may still want to be outside. I’m just not sure how many more scratches we can take inside until that happens.