Remember the miserably pregnant quarterhorse at the farm? She finally foaled out on Thursday, and this baby is huge. Since he was about two weeks overdue, he came out about as big as a two-week-old foal and practically hit the ground running. 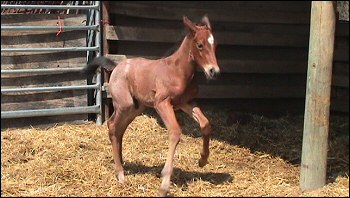 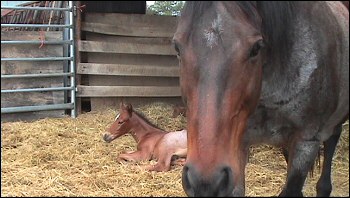 Here we see Voodoo, proud (and probably greatly relieved) mama, mugging for the camera while her little Voodude gets ready to bed down for a nap. 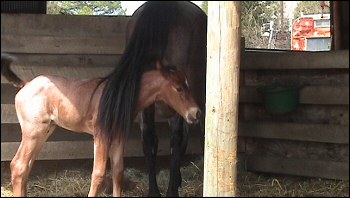 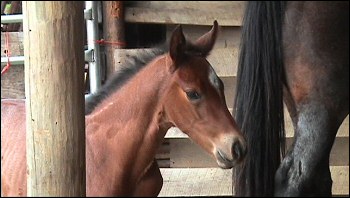 I think this is the most handsome quarterhorse baby I’ve ever seen. 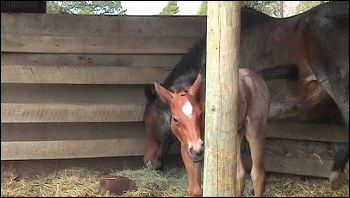 Like any kid, however, he proceeds to try to put everything in his mouth that he possibly can. Such as, oh, say, the support pole for that part of the barn. 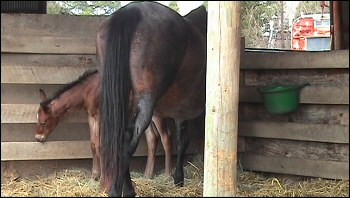 When he’s not trying to do that, he has a strange obsession with trying to wedge his head between the wooden fence panels. 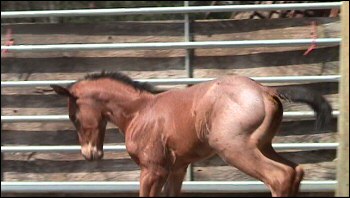 Voodoo and her as-yet-unnamed colt already have a buyer, so they’ll be leaving us soon. But stay tuned…the next new hooves to hit the ground are mere weeks away. 😯 In the meantime, here’s some video of the li’l dude.