Hasbro found itself in dire straits in 2000. Having milked Phantom Menace for dozens of characters (and almost as many duplicates of existing characters, only in slightly different costumes or specialized poses), the toymaker found that many of the Phantom Menace figures were still warming the pegs in retail stores across the country. Fans were railing against the higher price caused by the infamous CommTech chips, and complaining about the repeats of many characters.

Hasbro’s answer? Cut down on rehashes of the same characters, cut down on the overall number of figures released per wave, and create a new branding – The Power of the Jedi – to serve as an umbrella under which both prequel and classic trilogy characters would fall.

From the first Star Wars film, a new version of Chewbacca – complete with the Millennium Falcon’s holographic gaming table – was released, with the Wookiee striking his famous relaxed, hands-behind-his-head, “no sweat” pose. Obi-Wan Kenobi returned as well, this time sans cloak. The biggest surprise from the first movie was the plastic version of Rebel X-wing pilot Jek Porkins (of “Stay on target! Stay on target!” fame), who had never before been immortalized as an action figure (and nicely complementing the existing figures of Biggs and Wedge).

The only other classic trilogy figure in Power of the Jedi’s first wave was a new Dagobah version of Darth Vader hit the shelves, with a removable faceplate which revealed the face of Luke Skywalker, as seen in The Empire Strikes Back.

The remaining figures all hail from Phantom Menace. New revamps of Anakin, Obi-Wan, Boss Nass, Qui-Gon, R2-D2 and Darth Maul appeared, along with another variation on the basic Battle Droid figure, this time sporting the red detailing of the guard droids about the Trade Federation’s starship at the beginning of the movie. Also, Fode and Beed – the two-headed sports announcer from the pod race scenes – was issued as a stand-alone (he/they/it was previously only available with a “spitting” Jabba the Hutt figure). A new Tusken Raider was also issued as seen in the pod race sequence.

New to the Phantom Menace selection were Mas Amedda (second in command to Chancellor Valorum in the Senate scenes), a generic Gungan Warrior with his energy shield, and perhaps most eagerly awaited of all, the blue-robed Coruscant Guard whose costume bears an eerie resemblence to the Emperor’s red-robed personal guards in Return Of The Jedi.

With the arrival of the new packaging, gone were the CommTech chips, replaced by “Jedi Force File” booklets which combine trivia with role-playing scenarios which are almost humorous on occasion. The Coruscant Guard’s booklet offers a situation in which Chancellor Valorum is the target of an assassin. “Can the Senate guards reach him in time?” the booklet asks.

Actually, this is really rather sad – back when I was a kid playing with the original Kenner figures, I had no problem whatsoever creating new stories and scenarios. And they were a lot better than that one. Can we not leave it to kids’ imaginations anymore? 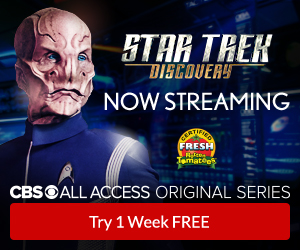