The Game: Welcome aboard, Captain. Your mission is to travel from sector to sector, eliminating Klingon incursions into

Federation space without getting your Constitution-class starship and her crew destroyed. Friendly starbases offer aid and allow you to make resupply stops so you can keep up the good fight – and you do have to keep a careful eye on your phaser, shield and warp power. Periodically you’ll even have to navigate a minefield laid by the murderous Nomad probe while trying to catch a fleeting glimpse of Nomad itself so you can destroy it. (Coleco [under license from Sega], 1984)

Memories: One of the better home versions of Sega’s vector arcade game, the ColecoVision edition of Strategic Operations Simulator pulls off the neat trick of very nearly delivering more authentic Star Trek atmosphere than its inspiration. Each game kicks off with the familiar strains of Alexander Courage’s opening fanfare for the Enterprise (replacing the rather non-specific opening music of the arcade game), and even the game-ending “simulation complete” message is accompanied by another passage from the Star Trek theme.

Graphically, the ColecoVision edition produces nice on-screen representations of the Klingon battlecruiser, photon torpedoes, and even Regula I-style Starbases. Even on the “radar map” showing the larger battlefield in any given level, you can easily tell what kind of trouble you’re about to run into with phasers blazing.

Now, all of these bells and whistles don’t mean squat if the game doesn’t play well. This is where I had some problems with Star Trek on this console, but read on as to why I’m not declaring it a total loss. It’s really all down to the controls – at the beginning of each game,

you’re given the option of playing with standard ColecoVision hand controllers, or the add-on Super Action Controller. Not having a working Super Action joystick at the time, I had to opt for the former, and while I was able to do better than I normally do even with the arcade game, the controls seemed incredibly touchy – though I can see where this game could be fantastic with the Super Action roller wheel, or even just

Overall, this is a lot more fun than your average adaptation of Star Trek, and definitely a game I like to come back to on a fairly frequent basis. 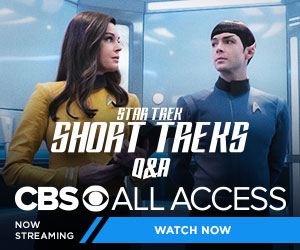